Conditions continue to favour home sellers across Metro Vancouver’s housing market.
The Real Estate Board of Greater Vancouver (REBGV) reports that residential property sales in Metro Vancouver reached 3,345 on the Multiple Listing Service® (MLS®) in September 2015. This represents a 14.5 per cent increase compared to the 2,922 sales recorded in September 2014, and a 0.5 per cent decrease compared to the 3,362 sales in August 2015.

Last month’s sales were 32.9 per cent above the 10-year sales average for the month.

“Residential home sales have been trending at 25 to 30 per cent above the ten-year sales average for most of the year. The number of homes listed for sale hasn’t been keeping up with the demand,” Darcy McLeod, REBGV president said. “It’s this dynamic that’s placing upward pressure on home prices, particularly in the detached home market.”

New listings for detached, attached and apartment properties in Metro Vancouver totalled 4,846 in September. This represents a 7.9 per cent decline compared to the 5,259 new listings reported in September 2014.

“At no point this year has the number of homes listed for sale exceeded 14,000, which is the first time this has occurred in the region since 2007,” McLeod said.

The MLS® Home Price Index composite benchmark price for all residential properties in Metro Vancouver is currently $722,300. This represents a 13.7 per cent increase compared to September 2014. 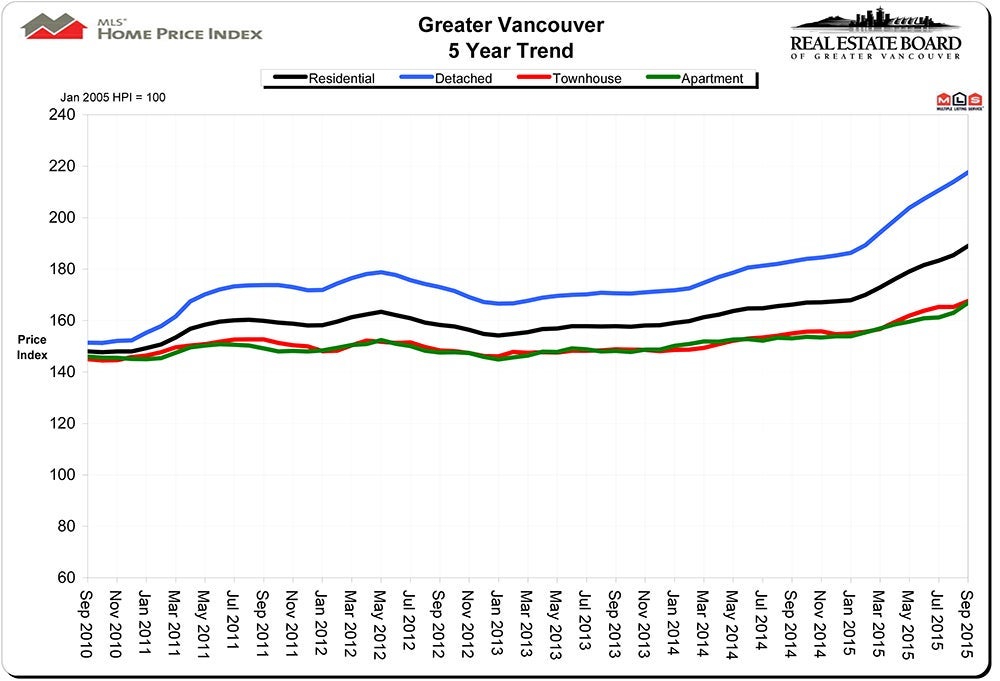 The sales-to-active-listings ratio in September was 31 per cent. Generally, analysts say that downward pressure on home prices occurs when the ratio declines below the 12 per cent mark, while home prices often experience upward pressure when it reaches 20 per cent, or higher, in a particular community for a sustained period of time. 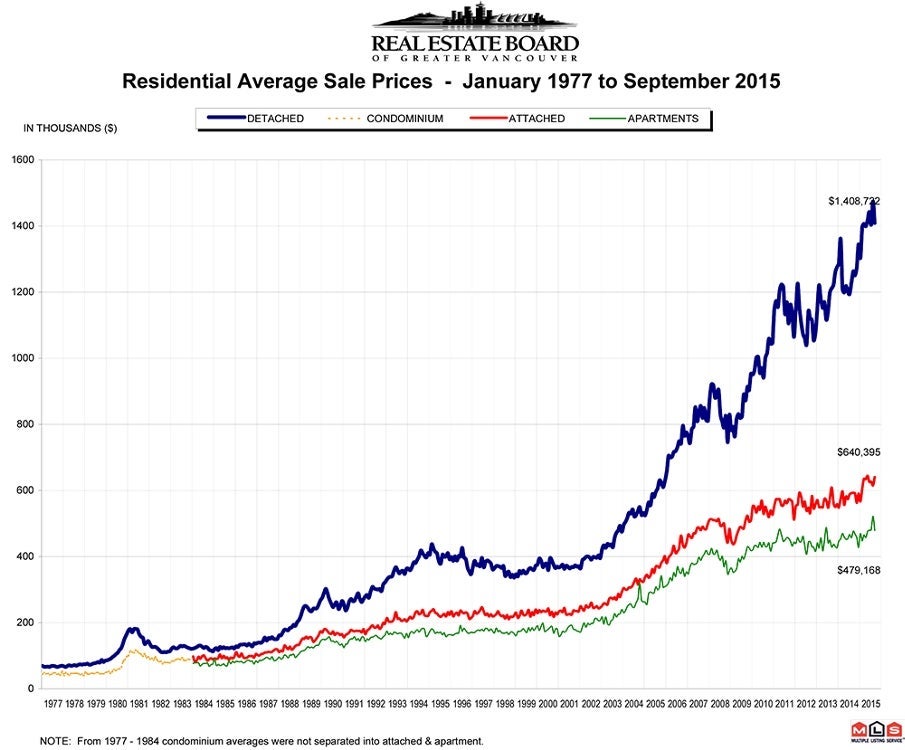