Last month was the highest selling June, and the second highest overall monthly total, on record for the Real Estate Board of Greater Vancouver (REBGV).
The REBGV reports that residential property sales in Metro Vancouver* reached 4,375 on the Multiple Listing Service® (MLS®) in June 2015. This represents a 28.4 per cent increase compared to the 3,406 sales recorded in June 2014, and an increase of 7.9 per cent compared to the 4,056 sales in May 2015.

Last month’s sales were 29.1 per cent above the 10-year sales average for the month. It’s the fourth straight month with over 4,000 sales, which is a first in the REBGV’s history. The previous highest number of residential home sales was 4,434, recorded in May 2005.

“Demand in our detached home market continues to drive activity across Metro Vancouver,” Darcy McLeod, REBGV president said. “There were more detached home sales in the region last month than we’ve seen during the month of June in more than 10 years.”

The MLS® Home Price Index composite benchmark price for all residential properties in Metro Vancouver is currently $694,000. This represents a 10.3 per cent increase compared to June 2014. 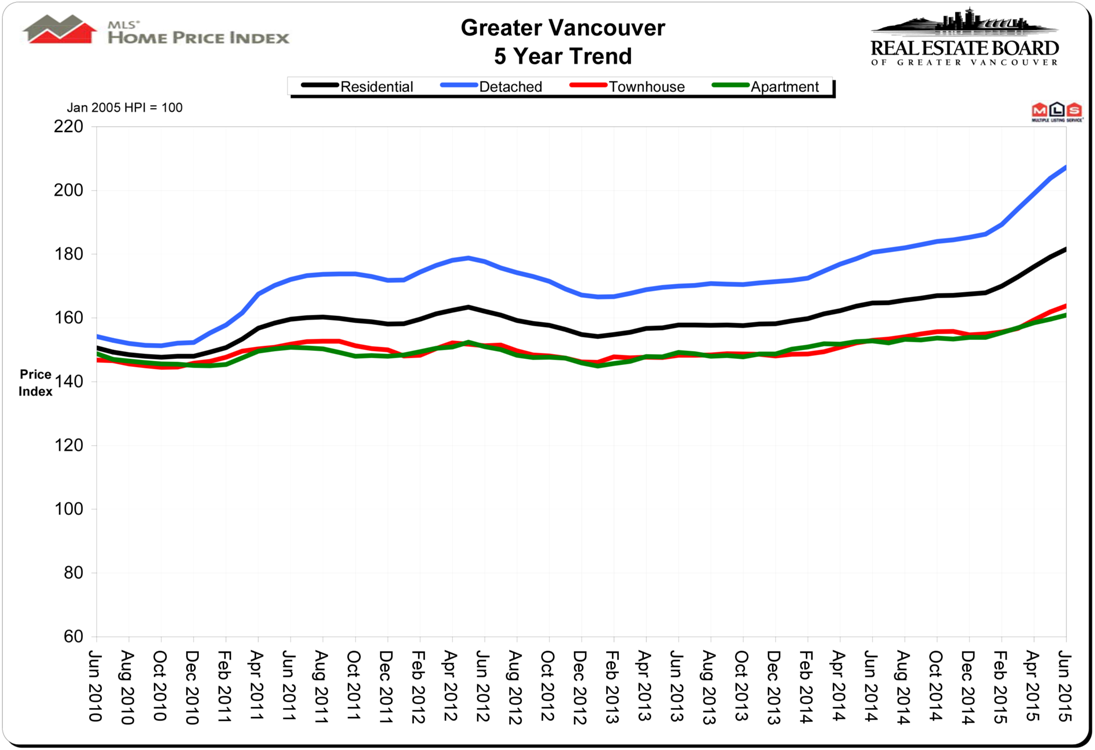 “Housing market activity comes in cycles; we're in an up cycle right now that looks similar to the mid-2000s,” McLeod said. “It would be easy to point to one factor that's causing this cycle, but the truth is that it's a number of different factors.

"Conditions today are being driven by low interest rates, a declining supply of detached homes, a growing population, a provincial economy that's outperforming the rest of Canada, pent-up demand from previous years and, perhaps most importantly, the fact that we live in a highly desirable region," McLeod said.

New listings for detached, attached and apartment properties in Metro Vancouver totalled 5,803 in June. This represents an 8.7 per cent increase compared to the 5,339 new listings reported in June 2014.

"We’re seeing a steady stream of new listings entering the market, but the overall number of homes for sale is not keeping up with buyer demand," McLeod said.

The sales-to-active-listings ratio in June was 35.9 per cent. This is the highest that this ratio has been in Metro Vancouver since June 2006. A seller’s market typically occurs when this ratio exceeds 20 per cent for a sustained period of time.

“The competition in today’s market means that buyers have less time to make decisions,” McLeod said. “Given this, it’s important to work with your REALTOR® to gain insight into the local market, to get quick access to new MLS® listings, to develop a buying strategy that meets your needs and risk appetite, and to receive other services and protections that come from having professional representation.” 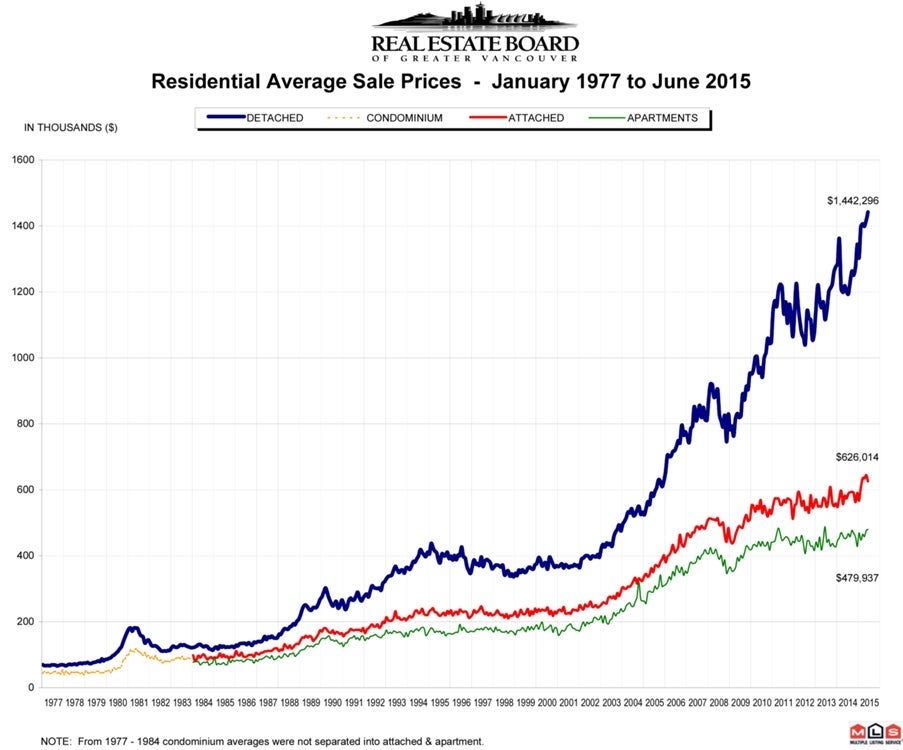