It continues to be a competitive spring market for Metro Vancouver* home buyers. This competition continues to put upward pressure on home prices, particularly in the detached home market.
The Real Estate Board of Greater Vancouver (REBGV) reports that residential property sales in Metro Vancouver reached 4,056 on the Multiple Listing Service® (MLS®) in May 2015. This represents a 23.4 per cent increase compared to the 3,286 sales recorded in May 2014, and a decrease of 2.9 per cent compared to the 4,179 sales in April 2015.

Last month’s sales were 16.7 per cent above the 10-year sales average for the month.

“We continue to see strong competition for homes that are priced right for today’s market,” Darcy McLeod, REBGV president said. “It’s important to remember that real estate is hyper local, particularly in a seller’s market. This means that conditions and prices vary depending on property type, neighbourhood, and other factors."

New listings for detached, attached and apartment properties in Metro Vancouver totalled 5,641 in May. This represents a 5 per cent decrease compared to the 5,936 new listings reported in May 2014.

“While the supply of homes for sale remains below what’s typical for this time of year, our region continues to offer a diverse selection of housing options at different price points,” McLeod said. “This diversity within the housing stock is part of what’s driving today’s home sale activity.”

The MLS® Home Price Index composite benchmark price for all residential properties in Metro Vancouver is currently $684,400. This represents a 9.4 per cent increase compared to May 2014. 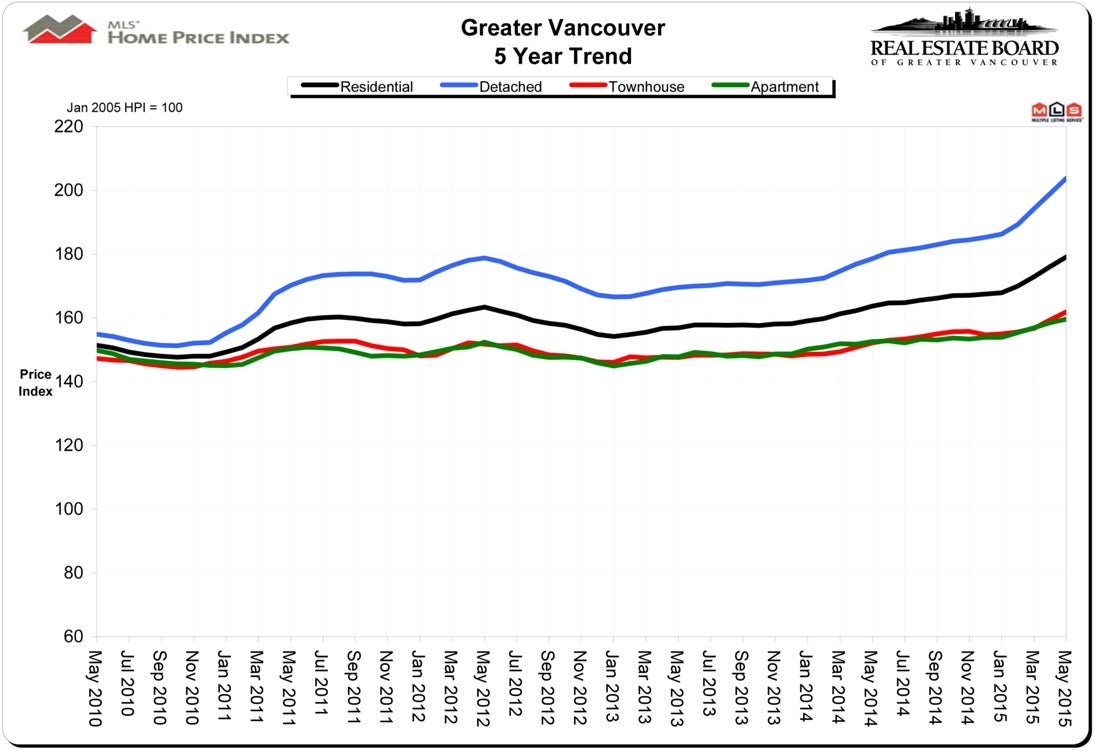 The sales-to-active-listings ratio in May was 32.9 per cent. This is the highest that this ratio has been in Metro Vancouver since June 2007. 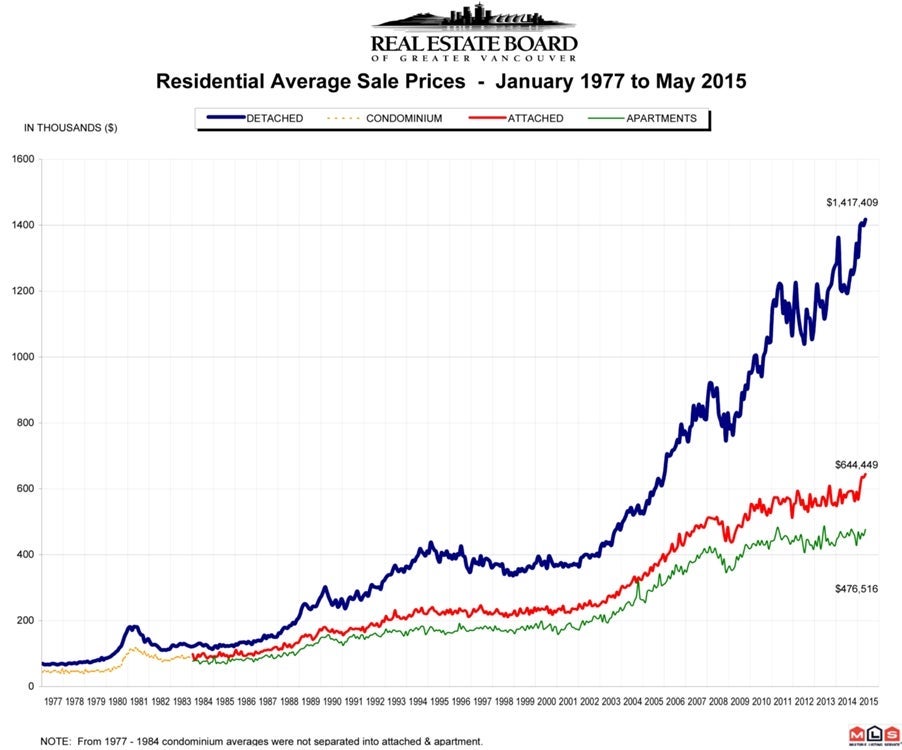