Metro Vancouver home buyers out in force in March

Last month’s sales were 26.8 per cent above the 10-year sales average for the month.

"We're seeing strong competition amongst home buyers today. This is leading to more multiple offer situations and some upward pressure on home prices,” Darcy McLeod, REBGV president said. “For sellers, this means that it's taking less time, on average, for your home to sell if you have it priced correctly for today's market."

New listings for detached, attached and apartment properties in Metro Vancouver totalled 5,968 in March. This represents a 13 per cent increase compared to the 5,281 new listings reported in March 2014.

Last month’s new listing count was 4.7 per cent higher than the region’s 10-year new listing average for the month.

The total number of properties currently listed for sale on the REBGV MLS® is 12,376, a 14.5 per cent decline compared to March 2014 and a 4 per cent increase compared to February 2015.

“The number of homes for sale today is below what’s typical for this time of year,” McLeod said. “If you’ve been considering putting your property on the market, these market conditions indicate that now may be a good time to list.”

The MLS® Home Price Index composite benchmark price for all residential properties in Metro Vancouver is currently $660,700. This represents a 7.2 per cent increase compared to March 2014. 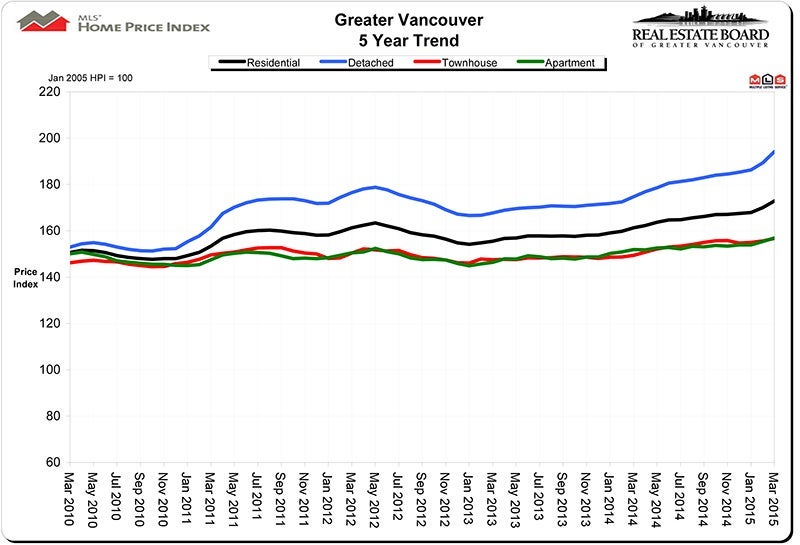 The sales-to-active-listings ratio in March was 32.8 per cent. This is the highest that this ratio has been in Metro Vancouver since July 2007. 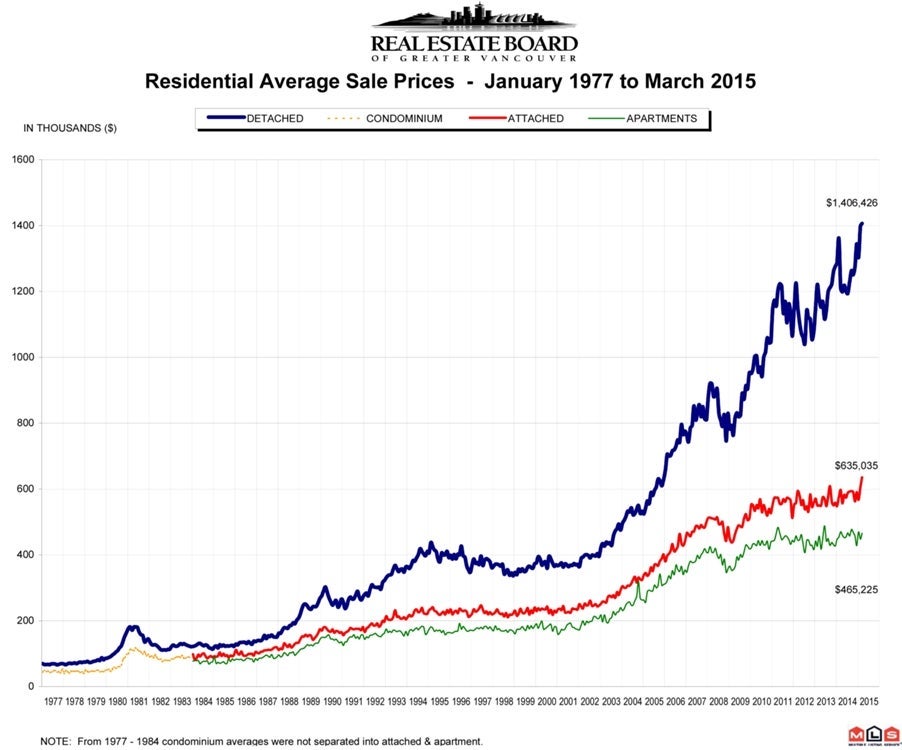