The first month of 2015 saw home sale activity above historical norms, while the number of homes listed for sale trended below typical levels.


The Real Estate Board of Greater Vancouver (REBGV) reports that residential property sales in Greater Vancouver reached 1,913 on the Multiple Listing Service® (MLS®) in January 2015. This represents an 8.7 per cent increase compared to the 1,760 sales recorded in January 2014, and a 9.6 per cent decline compared to the 2,116 sales in December 2014.

Last month’s sales were 14.9 per cent above the 10-year sales average for the month.

“While demand remains steady, we’re seeing fewer homes for sale at the moment,” Ray Harris, REBGV president, said. "This is creating greater competition amongst buyers, particularly in the detached home market. The number of detached homes listed for sale today is the second lowest we’ve seen in four years.”

New listings for detached, attached and apartment properties in Metro Vancouver(1) totalled 4,737 in January. This represents an 11.4 per cent decline compared to the 5,345 new listings reported in January 2014.

Last month’s new listing count was 1.2 per cent higher than the region’s 10-year new listing average for the month.

The MLS® Home Price Index(2) composite benchmark price for all residential properties in Metro Vancouver is currently $641,600. This represents a 5.5 per cent increase compared to January 2014. 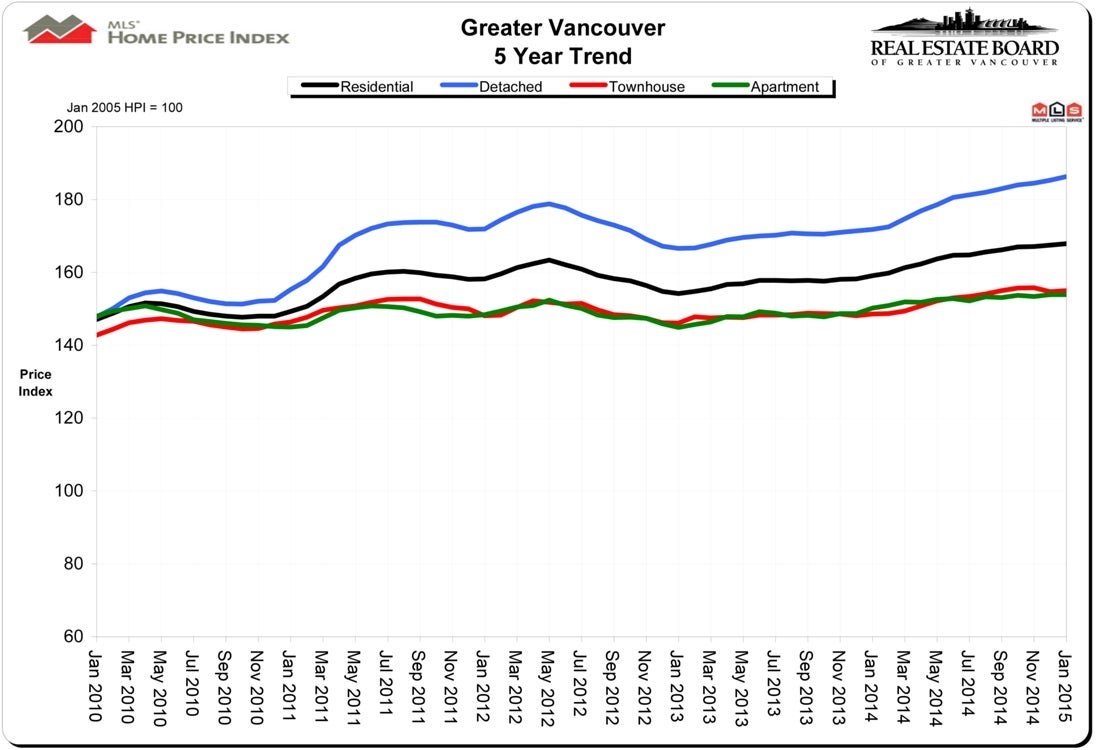 With the sales-to-active-listings ratio at 17.7 per cent, the region remains in balanced market territory.

“The Bank of Canada’s recent announcement to lower its benchmark interest rate is an important one for home buyers, sellers and owners to note,” Harris said. “A reduced rate could allow you to pay down your mortgage a little faster, save some money on your monthly payments, or change the amount you qualify for. It’s important that you do your homework and understand how these announcements impact your situation.” 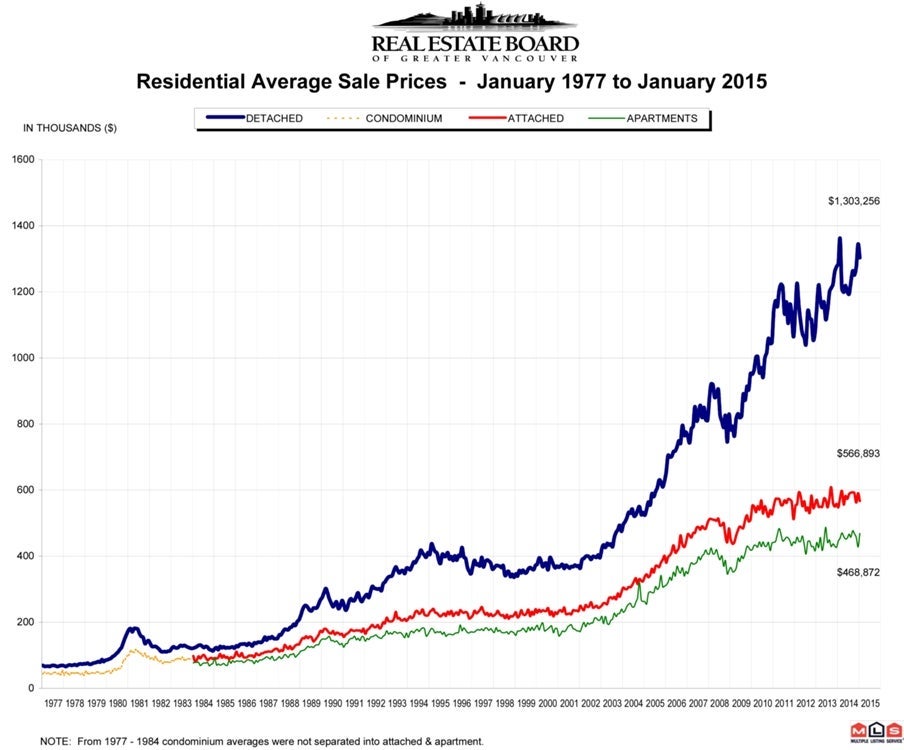