It was a typical year for the Metro Vancouver housing market in certain respects. The region’s home sale and listing totals for 2014 both rank fifth when compared against the past 10 years of activity, while home prices increased.

“While home buyer and seller activity created balanced market conditions within the region, we also experienced some upward pressure on home prices over the course of the year,” Ray Harris, REBGV president said.

The MLS® Home Price Index composite benchmark price for all residential properties in Metro Vancouver ends the year at $638,500. This represents a 5.8 per cent increase compared to December 2013. 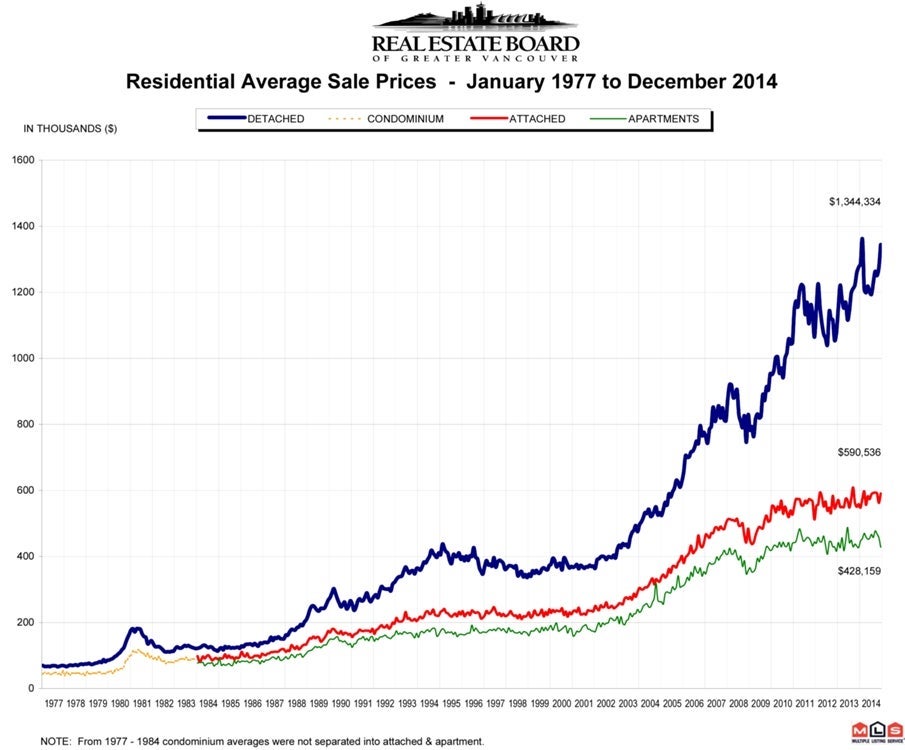 The total number of properties currently listed for sale on the MLS® system in Metro Vancouver is 10,320, a 10.7 per cent decline compared to December 2013 and a 17.8 per cent decrease compared to November 2014.