Home buyers in Metro Vancouver remained active in November, a month that is traditionally a quieter time of year for real estate.

Last month’s sales were 6.9 per cent above the 10-year sales average for November.

“It’s been a more active fall than we typically see in the Metro Vancouver housing market,” Ray Harris, REBGV president said. “Home prices across the region have experienced steady gains in 2014 of between three and seven per cent depending on property type.”

The total number of properties currently listed for sale on the MLS® system in Metro Vancouver is 12,553, a 10.2 per cent decline compared to November 2013 and a 9.4 per cent decrease compared to October 2014.

“This is traditionally a low inventory time of year, so it’s a good time to list your home for sale if you want to face less competition in the marketplace,” Harris said.

The MLS® Home Price Index composite benchmark price for all residential properties in Metro Vancouver is currently $637,300. This represents a 5.7 cent increase compared to November 2013. 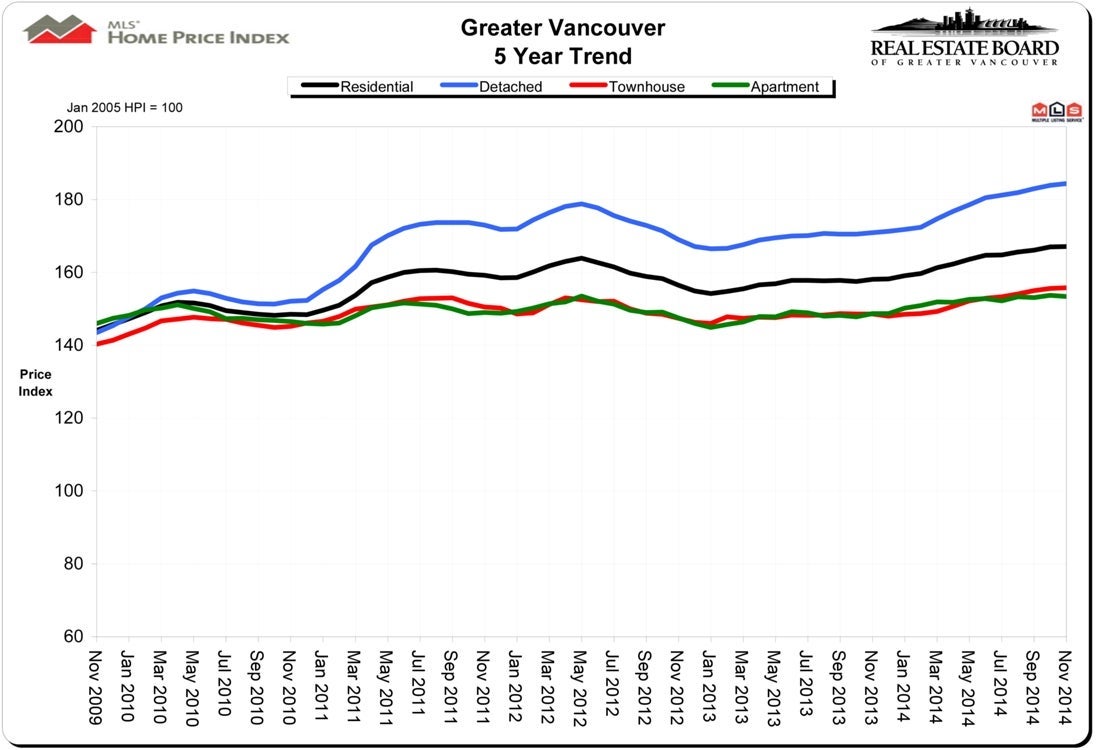 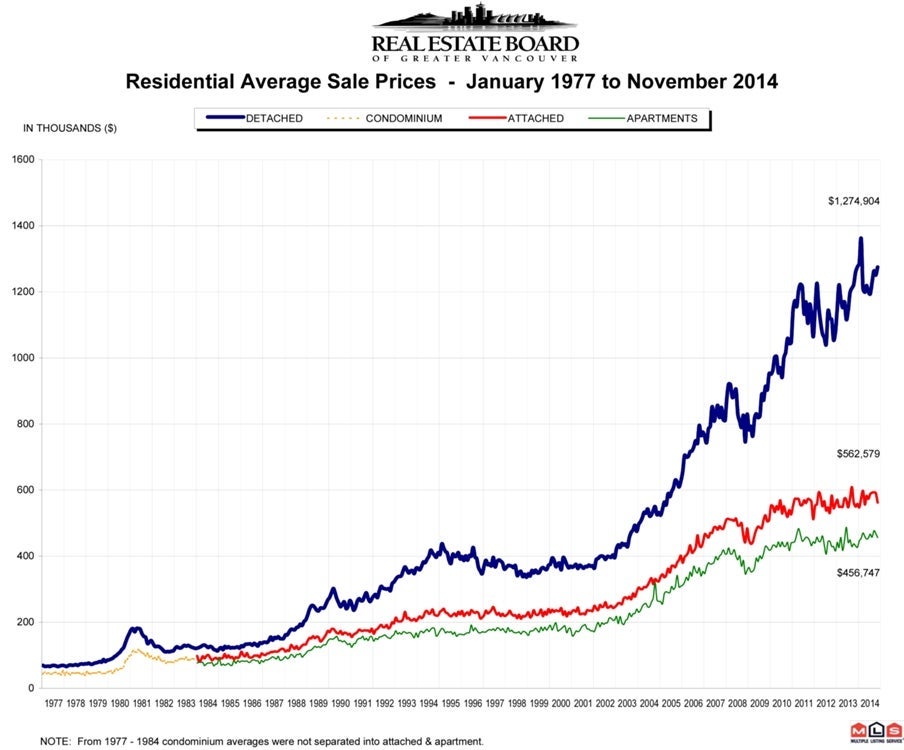