Home sales activity picks up the pace in September

Home buyers were active in Metro Vancouver last month, with home sales well exceeding the 10-year average for September.
The Real Estate Board of Greater Vancouver (REBGV) reports that residential property sales in Greater Vancouver reached 2,922 on the Multiple Listing Service® (MLS®) in September 2014. This represents a 17.7 per cent increase compared to the 2,483 sales in September 2013, and a 5.4 per cent increase over the 2,771 sales in August 2014.

Last month’s sales were 16.1 per cent above the 10-year sales average for the month and rank as the third highest selling September over that period.

“September was an active period for our housing market when we compare it against typical activity for the month,” Ray Harris, REBGV president said.

The total number of properties currently listed for sale on the MLS® system in Metro Vancouver is 14,832, an 8 per cent decline compared to September 2013 and a 0.4 per cent increase compared to August 2014.

The MLS® Home Price Index composite benchmark price for all residential properties in Metro Vancouver is currently $633,500. This represents a 5.3 per cent increase compared to September 2013. 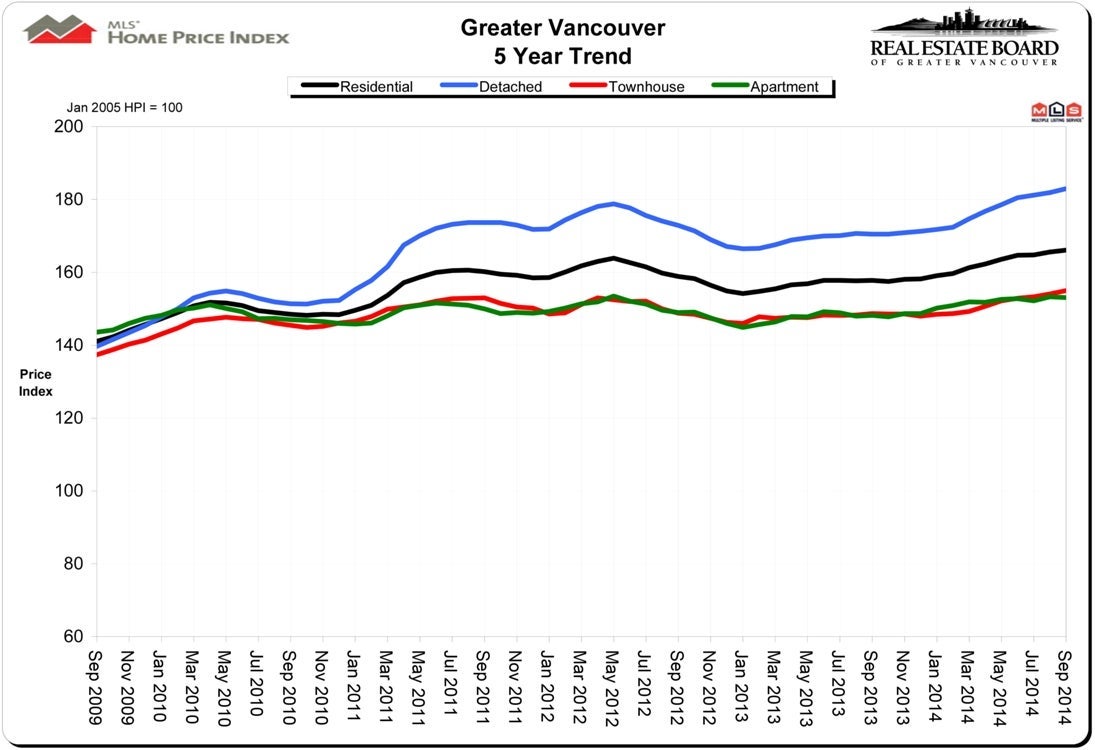 “Gains in home values are being led by the detached home market. Condominium and townhome properties are not experiencing the same pressure on prices at the moment,” Harris said. “Individual trends can vary depending on different factors in different areas, so it’s important to do your homework and work with your REALTOR® when you’re looking to determine the market value of a home.” 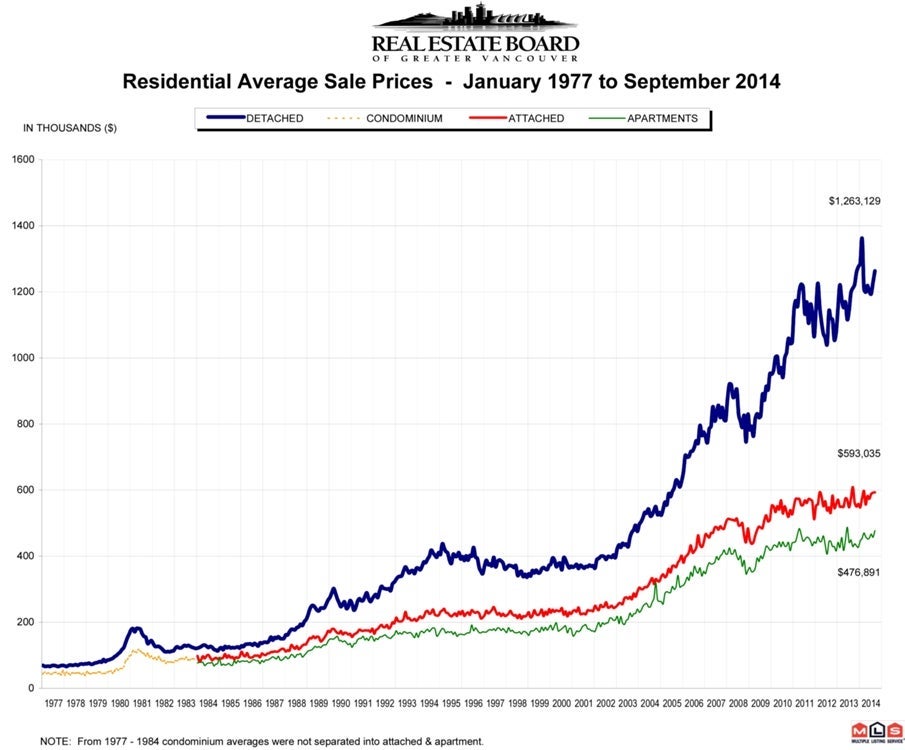