“Activity this summer has been strong but not unusual for our region,” Ray Harris, REBGV president said. “The volume of home sales has been higher than we’ve seen in the last three years, yet below the record-breaking levels of the past decade.”

The MLS® Home Price Index composite benchmark price for all residential properties in Metro Vancouver* is currently $631,600. This represents a 5 per cent increase compared to August 2013. 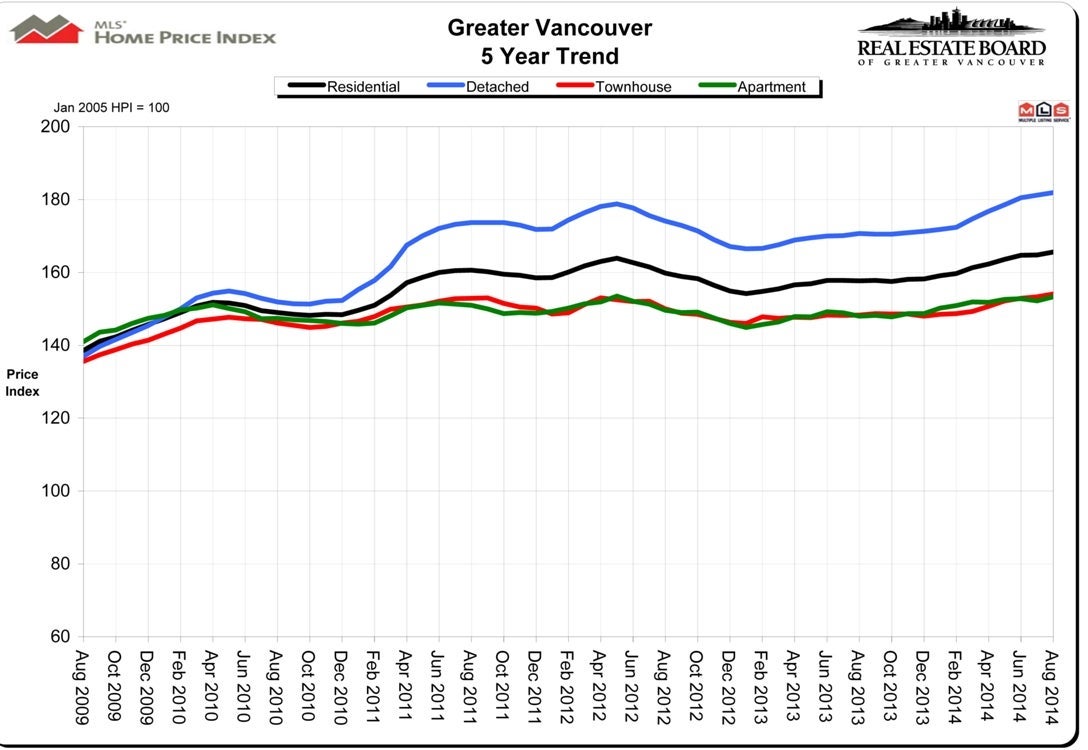 The total number of properties currently listed for sale on the MLS® system in Metro Vancouver is 14,768, a 7.9 per cent decline compared to August 2013 and a 5.4 per cent decrease compared to July 2014. 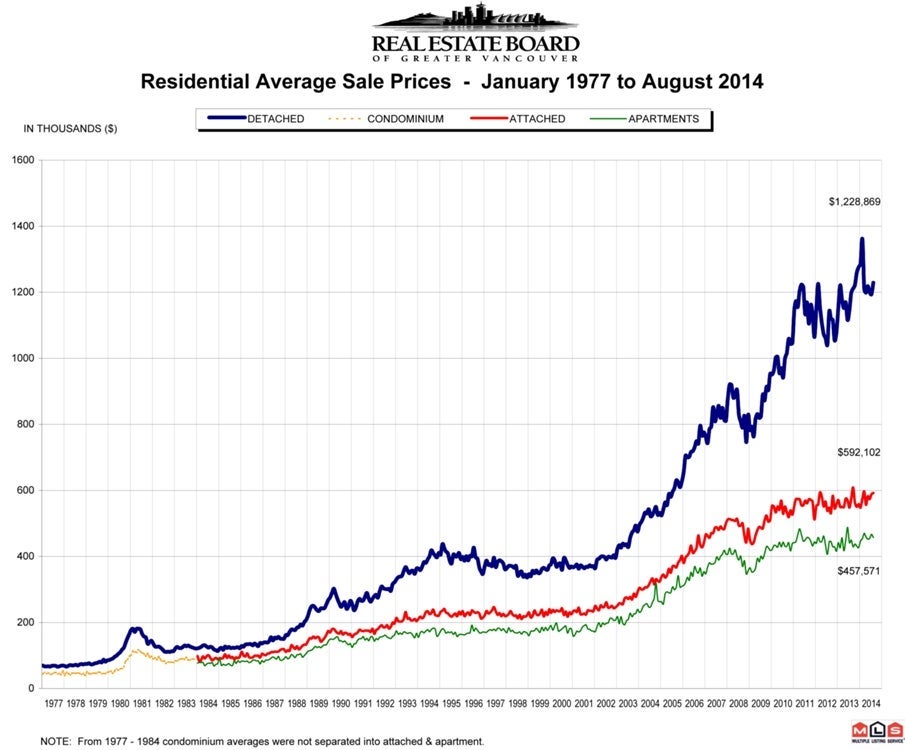