An increase in home buyer demand put Greater Vancouver in the upper reaches of a balanced real estate market in May.

The sales-to-active-listings ratio currently sits at 20.4 per cent in Greater Vancouver, which is the first time that this measure has been above 20 per cent since June 2011.

“Our MLS® statistics tell us that there’s more home buyer demand today than at any point over the last three years,” Ray Harris, REBGV president said. “With sales surpassing the 3,000 mark in May and our sales-to-active-listing ratio exceeding 20 per cent, this is the most active marketplace we’ve seen since the spring of 2011,”

New listings for detached, attached and apartment properties in Greater Vancouver totalled 5,936 in May. This represents a 5 per cent increase compared to the 5,656 new listings in May 2013 and a 0.2 per cent decline from the 5,950 new listings in April. Last month’s new listing count was 2 per cent below the region’s 10-year new listing average for the month.

The total number of properties currently listed for sale on the MLS® system in Greater Vancouver is 16,072, a 6.7 per cent decline compared to May 2013 and a 3.6 per cent increase compared to April 2014.

The MLS® Home Price Index composite benchmark price for all residential properties in Metro Vancouver is currently $624,000. This represents a 4.3 per cent increase compared to May 2013. 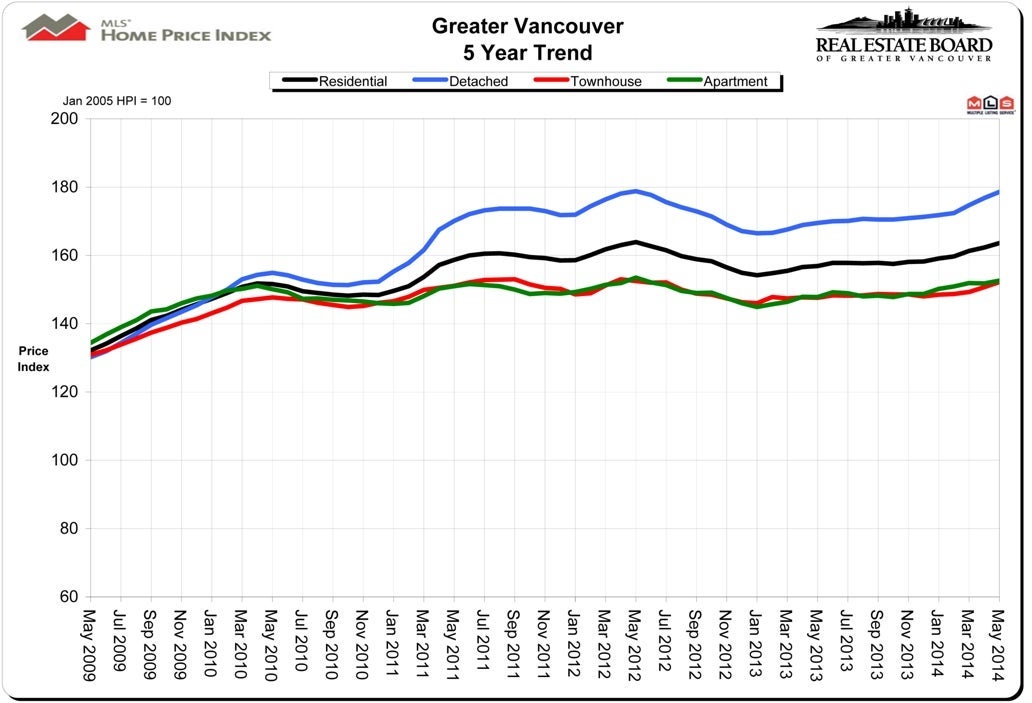 “Home prices have experienced consistent yet modest increases in our region since the beginning of 2013,” Harris said. 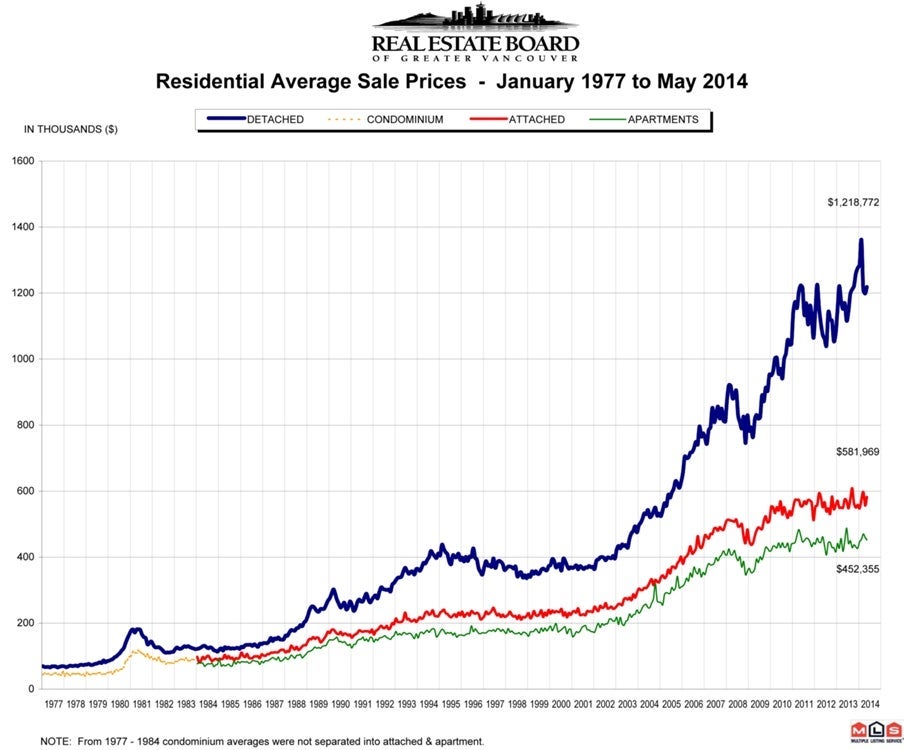