Last month’s sales were 7.2 per cent above the 10-year sales average for the month.

“The Greater Vancouver housing market has been in a balanced market for nearly a year. This has meant steady home sale and listing activity accompanied by stable home prices,” Sandra Wyant, REBGV president said.

New listings for detached, attached and apartment properties in Greater Vancouver totalled 5,345 in January. This represents a 4.2 per cent increase compared to the 5,128 new listings reported in January 2013.

Last month’s new listing count was 17.7 per cent higher than the region’s 10-year new listing average for the month.

The total number of properties currently listed for sale on the Greater Vancouver MLS® is 12,602, a 4.9 per cent decline compared to January 2013 and a nine per cent increase compared to December 2013.

The MLS® Home Price Index composite benchmark price for all residential properties in Metro Vancouver is currently $606,800. This represents a 3.2 per cent increase compared to January 2013. 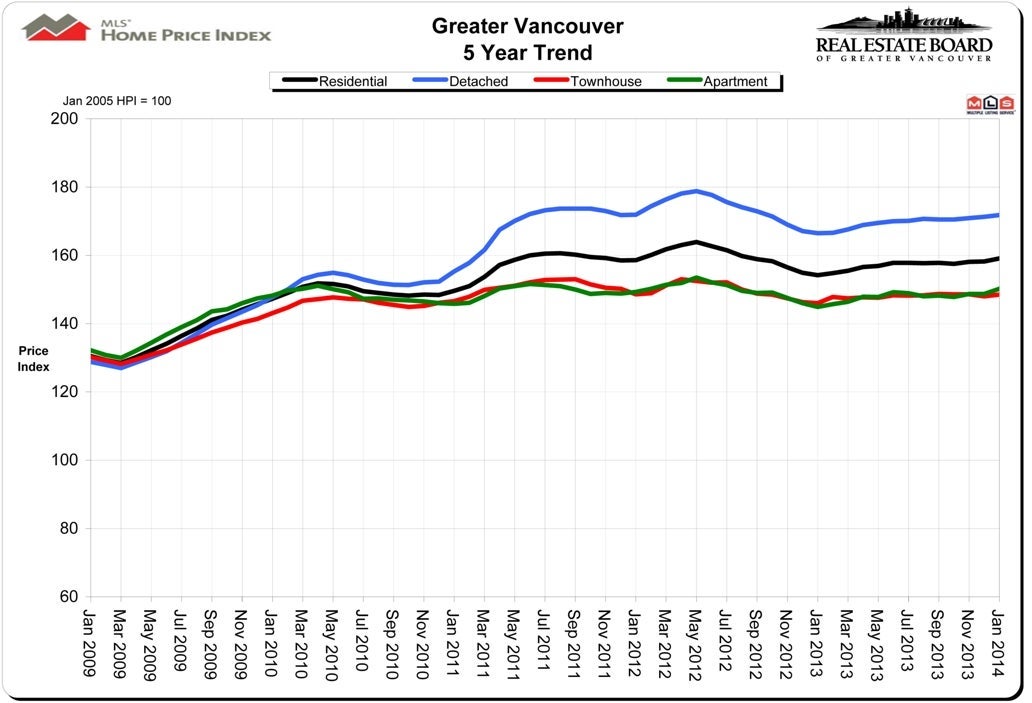 With the sales-to-active-listings ratio at 14 per cent, the region remains in balanced market territory.

“If you’re looking to sell your home in a balanced market, it’s critical that your list price is reflective of current market conditions,” Wyant said. 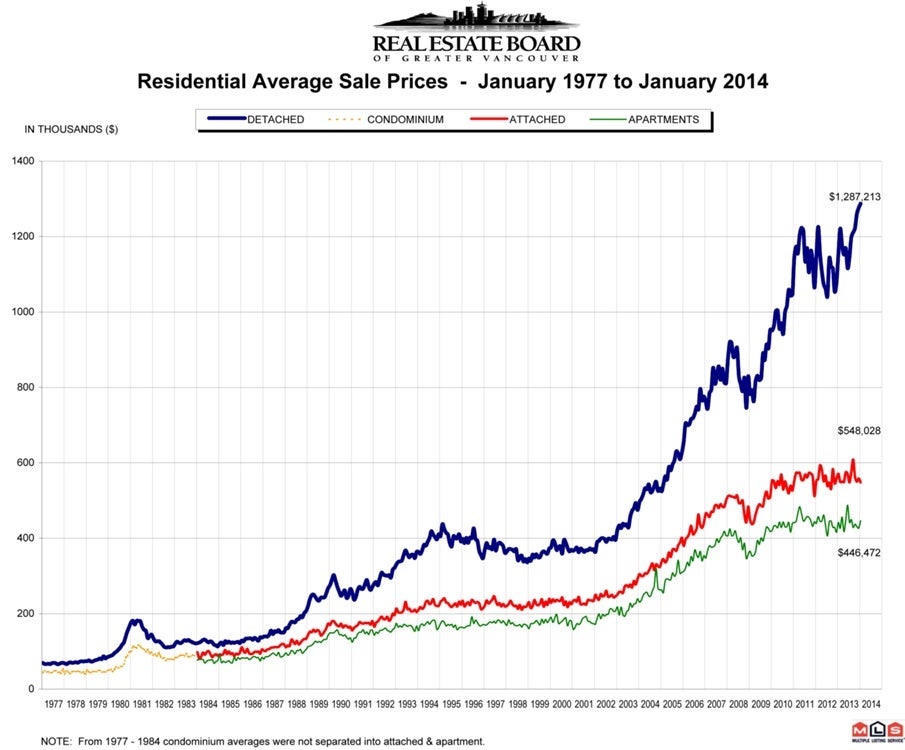