Home buyer and seller activity in the Greater Vancouver housing market continues to far outpace 2012, yet is in line with the region’s 10-year averages.

The Real Estate Board of Greater Vancouver (REBGV) reports that residential property sales in Greater Vancouver reached 2,483 on the Multiple Listing Service® (MLS®) in September 2013. This represents a 63.8 per cent increase compared to the 1,516 sales recorded in September 2012, and a 1.2 per cent decline compared to the 2,514 sales in August 2013.

“While sales are up considerably from last year, it’s important to note that September 2012 sales were among the lowest we’ve seen in nearly three decades,” Sandra Wyant, REBGV said. “Home sale and listing activity this September were in line with the 10-year average for the month.”

The sales-to-active-listings ratio currently sits at 15.4 per cent in Greater Vancouver.

“It’s important to remember that stronger sales activity does not necessarily equate to rising home prices. In fact, home prices have not fluctuated much in our market this year,” Wyant said. 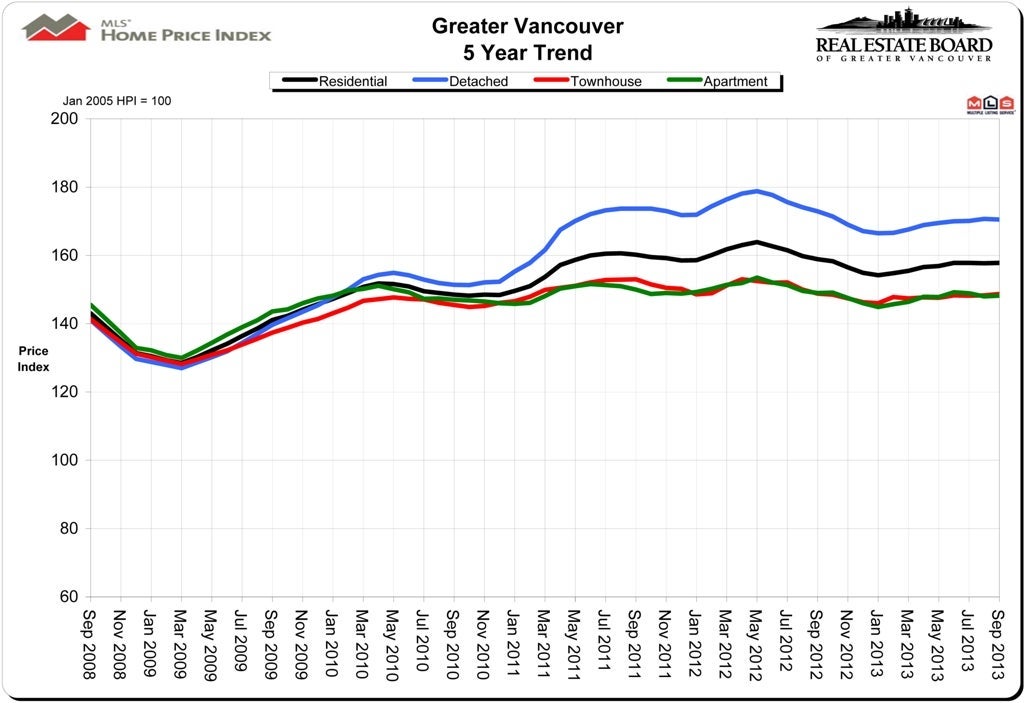 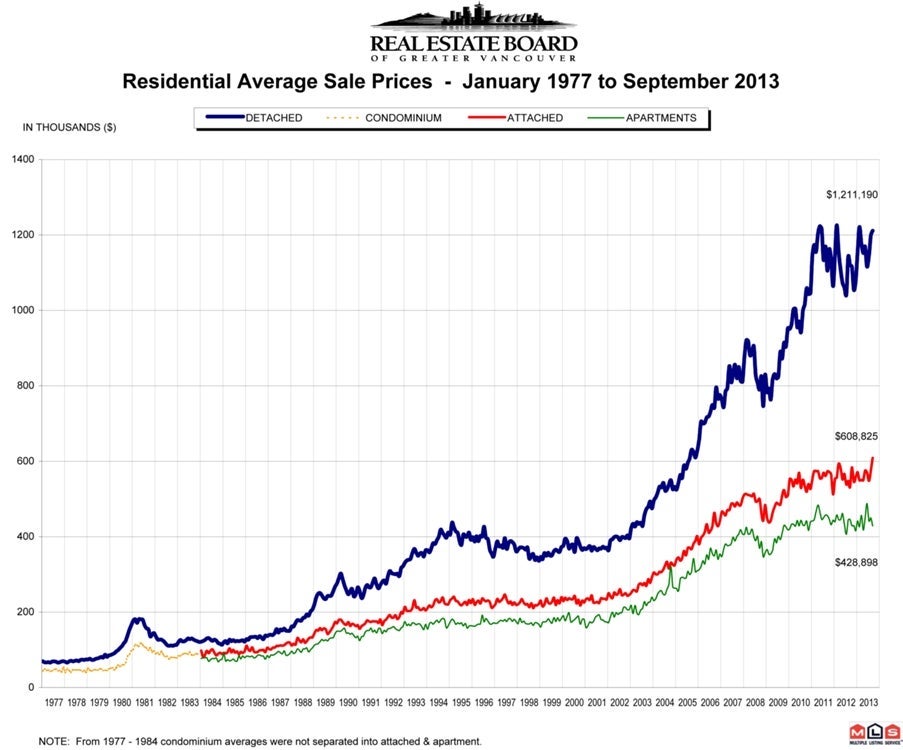