The Greater Vancouver housing market continues to maintain a relative balance between the number of homes for sale and the number of people looking to purchase a home in the region today.
The Real Estate Board of Greater Vancouver (REBGV) reports that residential property sales in Greater Vancouver reached 2,642 on the Multiple Listing Service® (MLS®) in June 2013. This represents an 11.9 per cent increase compared to the 2,362 sales recorded in June 2012, and an 8.3 per cent decline compared to the 2,882 sales in May 2013.

“As the term suggests, a balanced market means that many of the key housing market indicators, such as price, are stable and conditions therefore don’t tilt in favour of buyers or sellers,” Sandra Wyant, REBGV president said. “If you plan to enter the market today, identify your needs, consult your REALTOR® and work to build a ‘win-win’ scenario with the people on the other side of the sale.”

The sales-to-active-listings ratio currently sits at 15 per cent in Greater Vancouver. This is the fourth straight month that this ratio has been at or above 15 per cent. 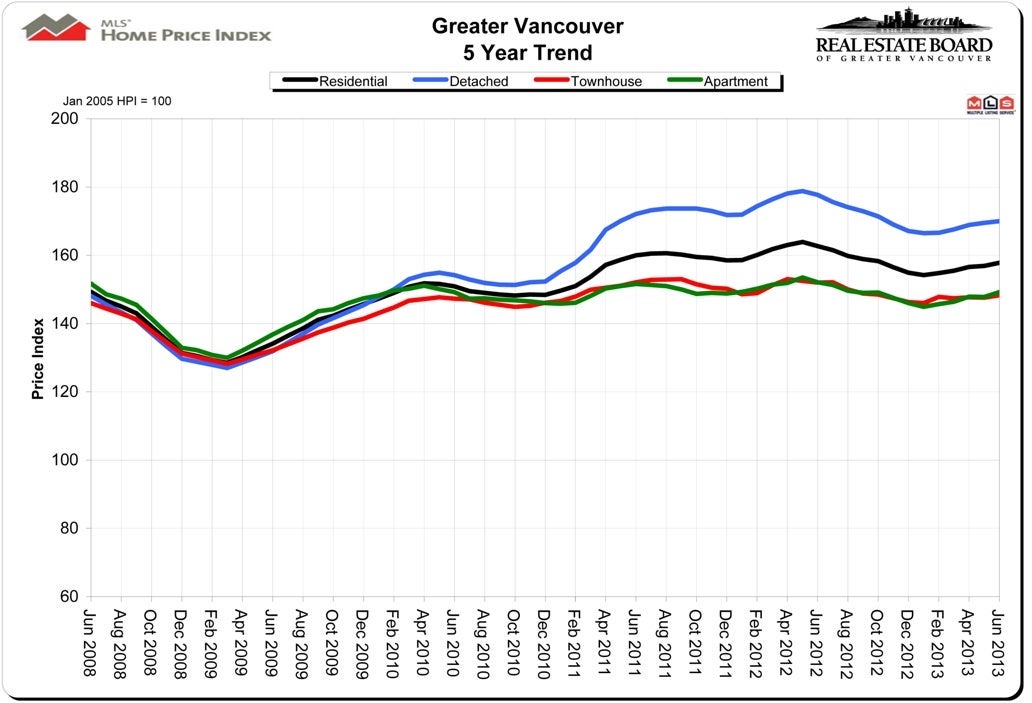 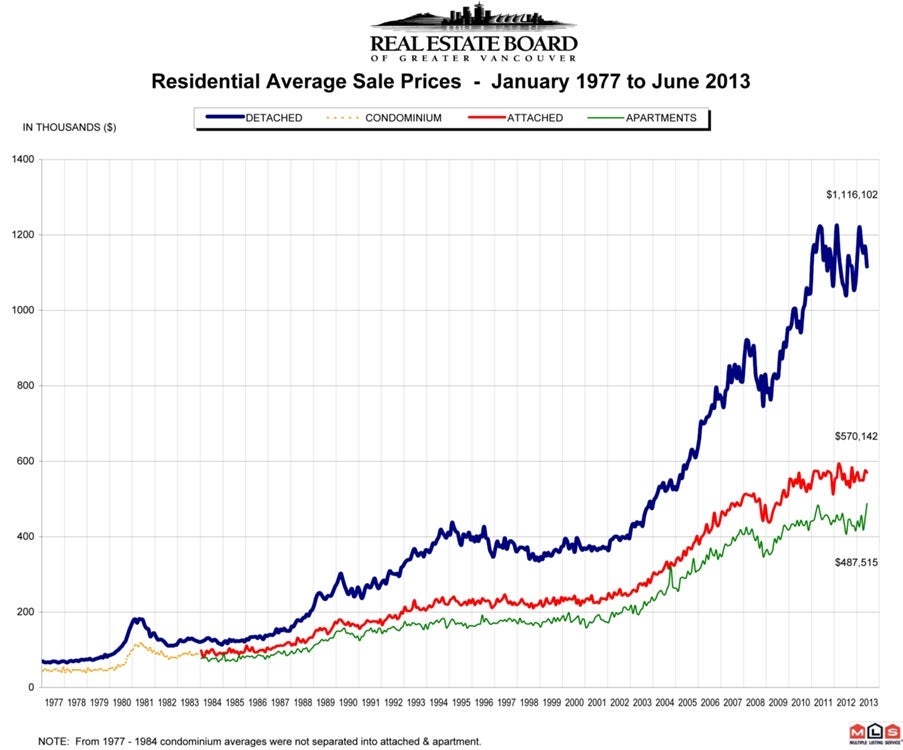