Last month’s sales equate to the lowest April total in the region since 2001 and 20.9 per cent below the 10-year sales average for the month.

“While the number of home sales remains below average, properties that are priced right are selling and we’re seeing greater balance between buyer demand and the number of homes listed for sale. This is having a steadying influence on home prices in the region,” says Sandra Wyant, REBGV president.

New listings for detached, attached and apartment properties in Greater Vancouver totalled 5,876 in April. This represents a three per cent decline compared to the 6,056 new listings reported in April 2012 and a 21.4 per cent increase from the 4,839 new listings in March of this year. Last month’s new listing count was 0.4 per cent above the region’s 10-year new listing average for the month.

“There have been modest increases in home prices across the region over the last three months. This comes on the heels of home price declines of approximately five to six per cent in Greater Vancouver during the last half of 2012,” Wyant said. 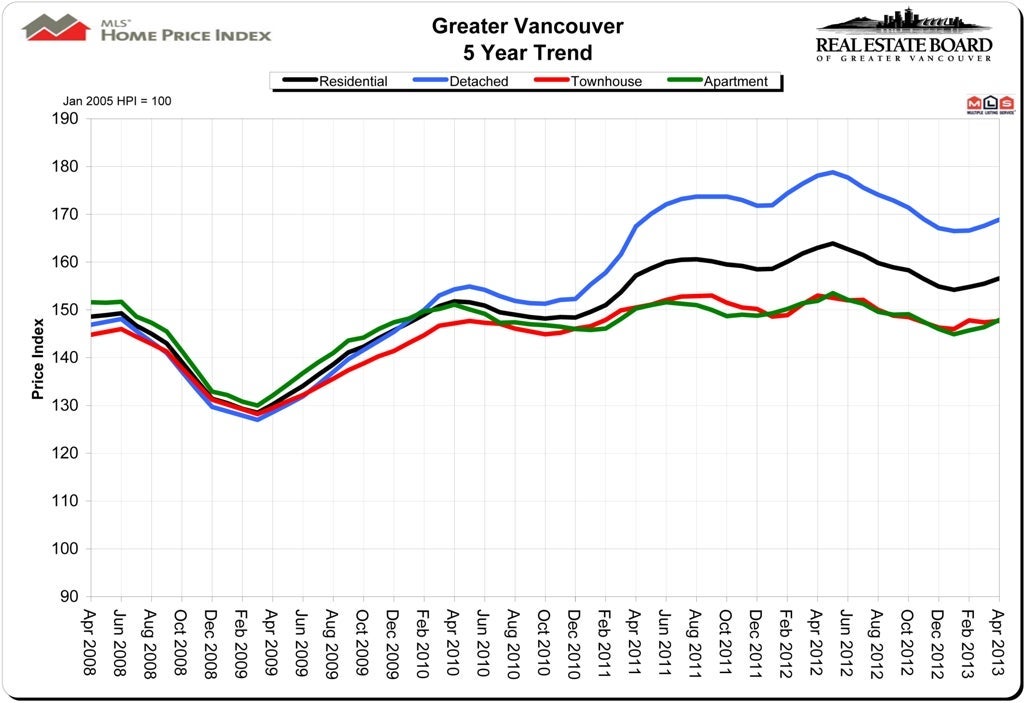 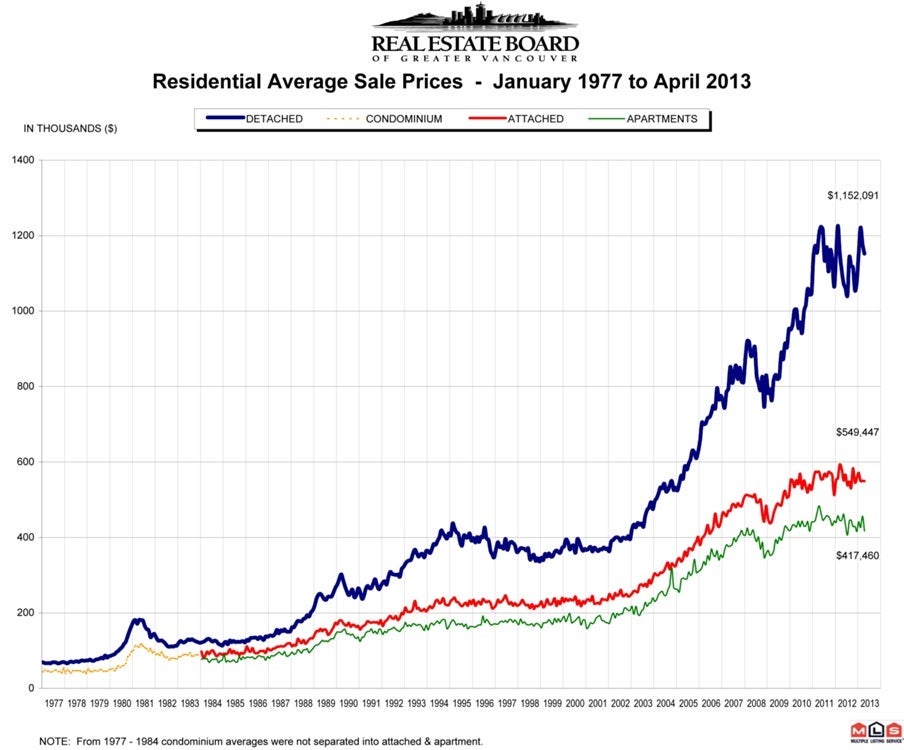