The Greater Vancouver housing market saw a slight increase in the number of home sales, a slight reduction in the number of listings, and a slight decrease in home prices in October compared to the summer months. With those changes, the sales-to-active-listings ratio increased to 11 per cent in October from 8 per cent in September.
The Real Estate Board of Greater Vancouver (REBGV) reported 1,931 residential property sales of detached, attached and apartment properties on the region’s Multiple Listing Service® (MLS®) in October, a 16.7 per cent decline compared to the 2,317 sales in October 2011 and a 27.4 per cent increase compared to the 1,516 home sales in September 2012.
October sales were 28.5 per cent below the 10-year October sales average of 2,700.
“Buyer demand increased slightly in October compared to the previous few months,” Sandra Wyant, REBGV president-elect said. “Overall conditions in today’s market remain in favour of buyers, with low interest rates, more choice, and less time pressure in terms of decision-making. This translates into a calmer atmosphere for those looking to buy a home and it places more onus on sellers to ensure their homes are priced to compete in today’s marketplace.”
New listings for detached, attached and apartment properties in Greater Vancouver totalled 4,323 in October. This represents a 1.2 per cent decline compared to October 2011 when 4,374 properties were listed for sale on the MLS® and an 18.8 per cent decline compared to the 5,321 new listings in September 2012.
At 17,370, the total number of residential property listings on the MLS® increased 12 per cent from this time last year and declined 5.3 per cent compared to September 2012.
Since reaching a peak of $625,100 in May, the MLS Home Price Index® (MLS HPI®) composite benchmark price for all residential properties in Greater Vancouver declined 3.4 per cent to $603,800 in October. This represents a 0.8 per cent decline compared to last year.
﻿ 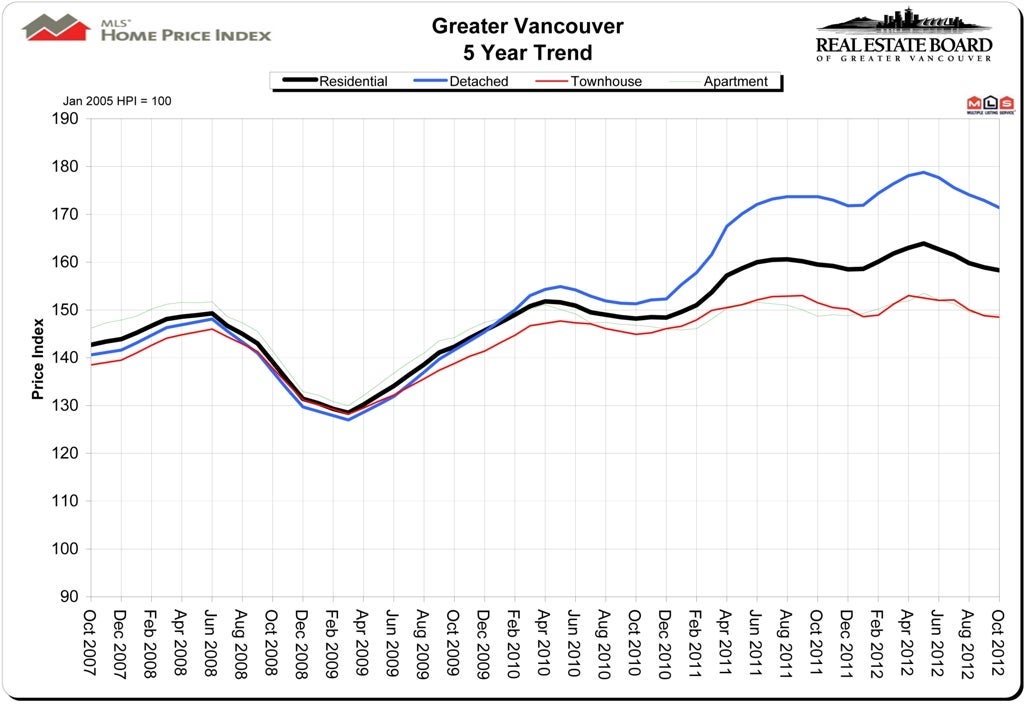 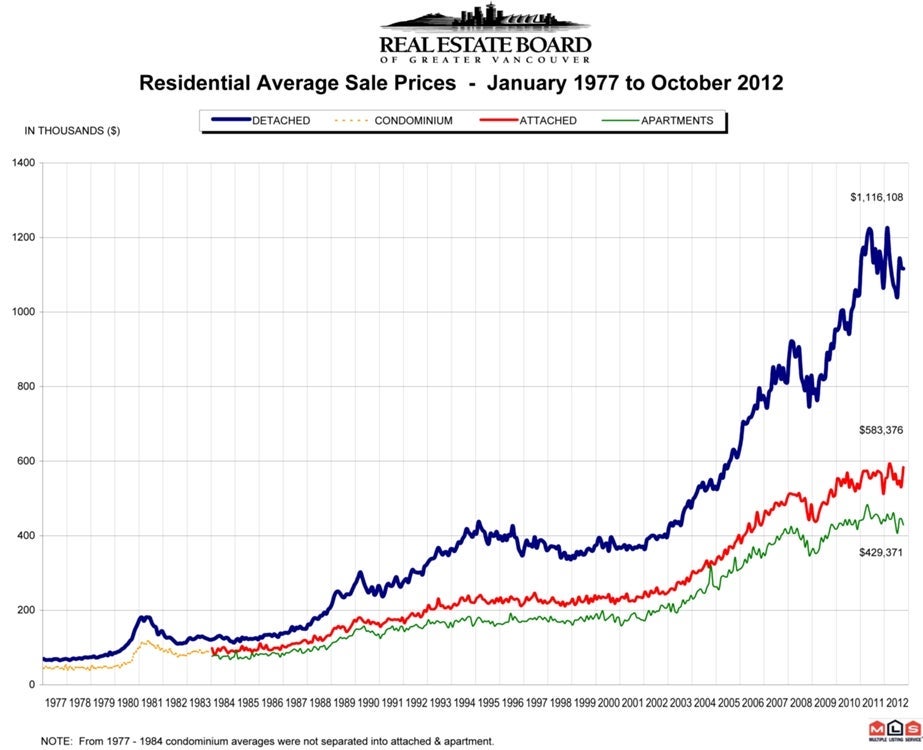