The summer of 2012 drew to a close in September with home sale activity well below historical averages in the Greater Vancouver housing market.

The Real Estate Board of Greater Vancouver (REBGV) reports that residential property sales of detached, attached and apartment properties reached 1,516 in September, a 32.5 per cent decline compared to the 2,246 sales in September 2011 and an 8.1 per cent decline compared to the 1,649 sales in August 2012.
September sales were 41.6 per cent below the 10-year September sales average of 2,597.
“There’s been a clear reduction in buyer demand in the three months since the federal government eliminated the availability of a 30-year amortization on government-insured mortgages,” Eugen Klein, REBGV president said. “This makes homes less affordable for the people of the region.”
New listings for detached, attached and apartment properties in Greater Vancouver totalled 5,321 in September. This represents a 6.3 per cent decline compared to September 2011 when 5,680 properties were listed for sale on the MLS® and a 31.6 per cent increase compared to the 4,044 new listings in August 2012.
At 18,350, the total number of residential property listings on the MLS® increased 14.1 per cent from this time last year and increased 4.5 per cent compared to August 2012.
“Today, our sales-to-active-listings ratio sits at 8 per cent, which puts us in a buyer’s market. This ratio has been declining in our market since March when it was 19 per cent,” Klein said.
The MLS HPI® composite benchmark price for all residential properties in Greater Vancouver is $606,100. This represents a decline of 0.8 per cent compared to this time last year and a decline of 2.3 per cent over last three months. 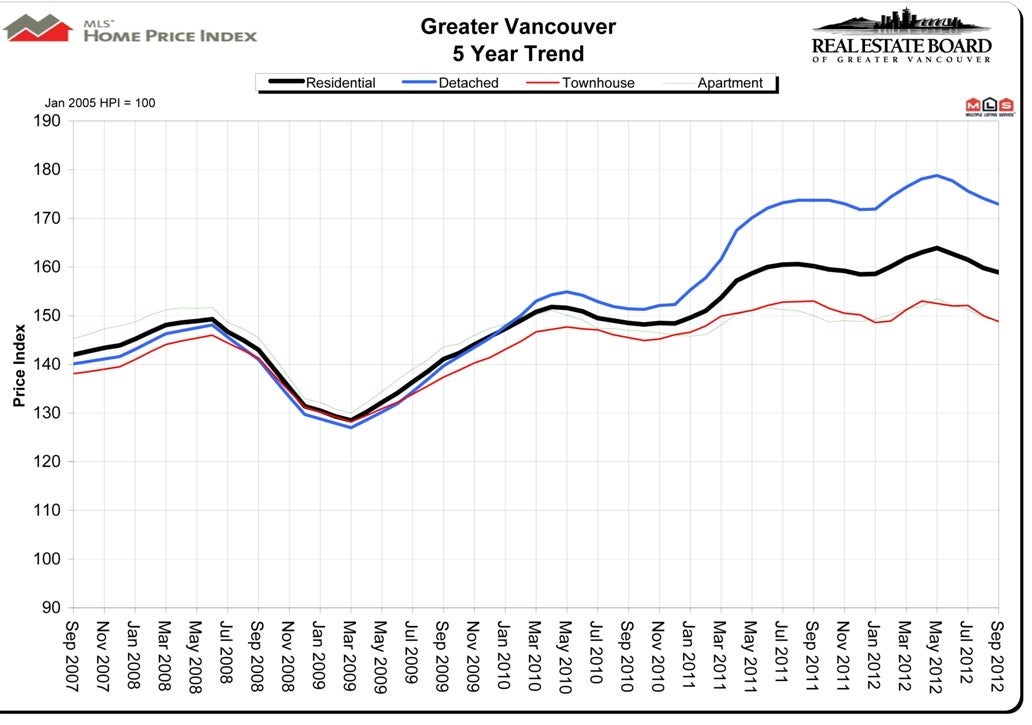 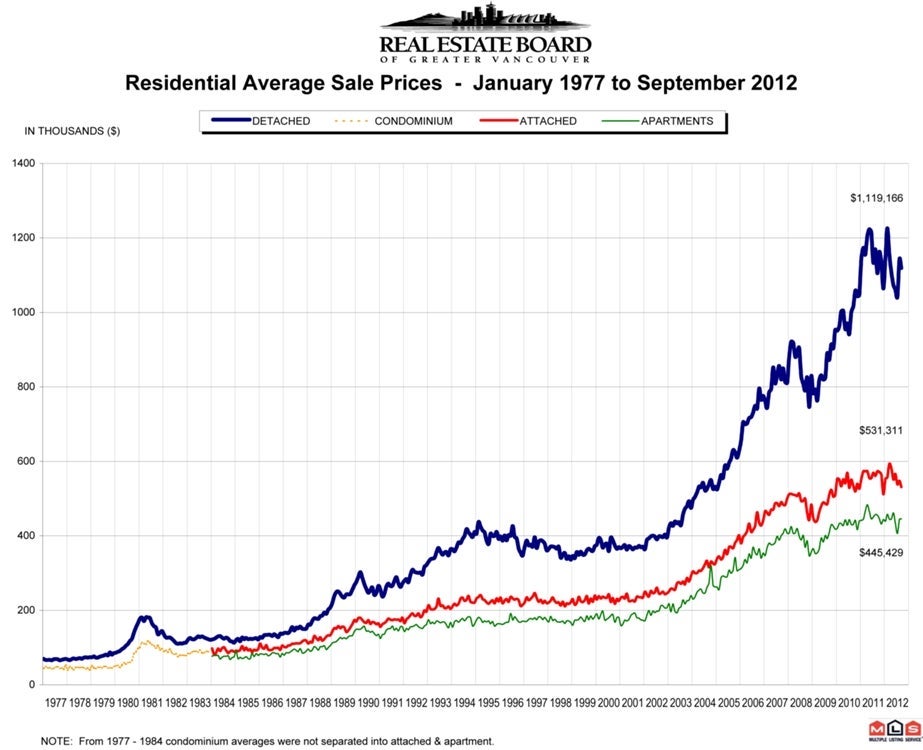