Home sale activity remained below long-term averages in the Greater Vancouver housing market in August.
The Real Estate Board of Greater Vancouver (REBGV) reports that residential property sales of detached, attached and apartment properties reached 1,649 in August, a 30.7 per cent decline compared to the 2,378 sales in August 2011 and a 21.4 per cent decline compared to the 2,098 sales in July 2012.
August sales were the second lowest total for the month in the region since 1998 and 39.2 per cent below the 10-year August sales average of 2,711.
“Home sales this summer have been lower than we’ve seen for most of the past ten years, yet we continue to see relative stability when it comes to prices,” Eugen Klein, REBGV president said.
New listings for detached, attached and apartment properties in Greater Vancouver totalled 4,044 in August. This represents a 13.7 per cent decline compared to August 2011 when 4,685 properties were listed for sale on the MLS® and a 15.8 per cent decline compared to the 4,802 new listings in July 2012.
“For sellers it’s critical to work with your REALTOR® to understand today’s market and to develop the best strategy for selling your home,” Klein said. “On average it’s taking about two months for a home to sell on the MLS® in Greater Vancouver today.”
At 17,567, the total number of residential property listings on the MLS® increased 13.8 per cent from this time last year and declined 2.8 per cent compared to July 2012.
“Today, our sales-to-active-listings ratio sits at 9 per cent, which puts us in a buyer’s market. This ratio has been declining in our market since March when it was 19 per cent,” Klein said.
The MLSLink® Housing Price Index (HPI) composite benchmark price for all residential properties in Greater Vancouver is $609,500. This represents a decline of 0.5% compared to this time last year and a decline of 1.1% compared to last month. 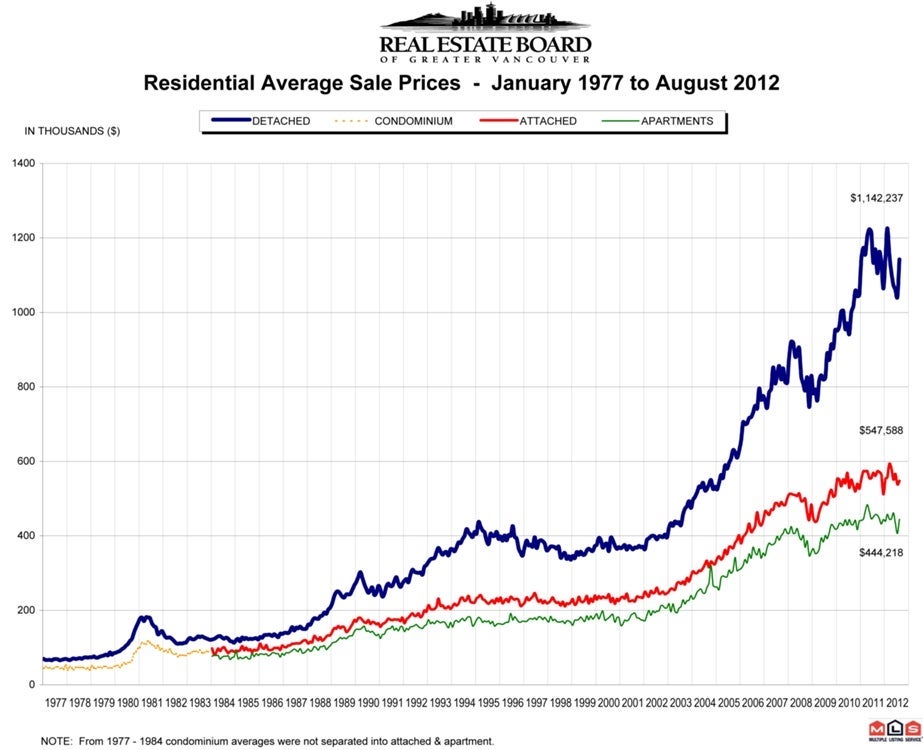