The number of properties listed for sale continued to increase in the Greater Vancouver housing market in May. The number of sales decreased year over year, but remained relatively constant compared to recent months.

The Real Estate Board of Greater Vancouver (REBGV) reports that residential property sales in Greater Vancouver reached 2,853 on the Multiple Listing Service® (MLS®) in May 2012. This represents a 15.5 per cent decline compared to the 3,377 sales recorded in May 2011.

May sales were the lowest total for the month in the region since 2001 and 21.1 per cent below the 10-year May sales average of 3,617. However, sales have been constant throughout the spring months, with 2,874 sales in March and 2,799 sales in April.

“Home sellers have outpaced buyers in recent months, however, there continues to be an overall balance between supply and demand in our marketplace,” Eugen Klein, REBGV president said.

At 17,835, the total number of homes listed for sale on the region’s MLS® increased 7.9 per cent in May compared to last month and increased 21 per cent from this time last year.

“Our sales-to-active-listing ratio sits at 16 per cent, which is indicative of balanced market conditions,” Klein said. “As a result of this stability, home prices at the regional level have seen little fluctuation over the last six month.” 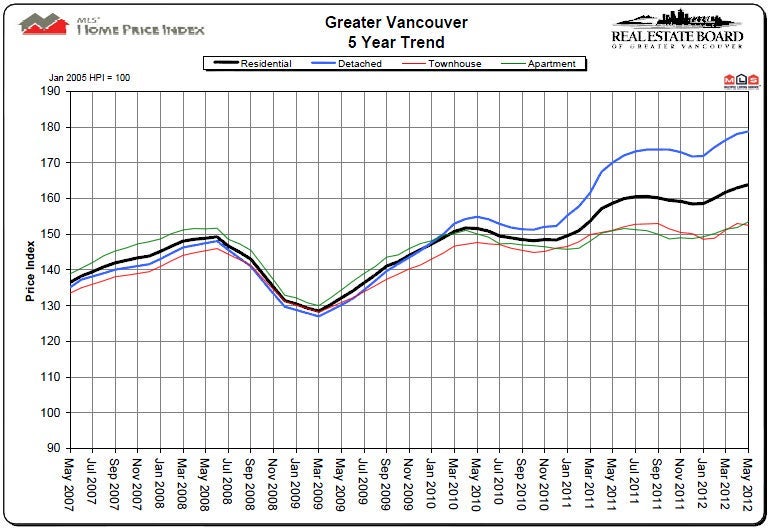