Moving to Vancouver? Here's What You Need to Know! 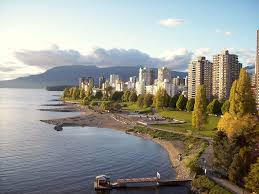 Vancouver, Canada, a bustling coastal city in British Columbia’s Lower Mainland region. As the most populous city in British Columbia, Vancouver is home about 631,486 people and is known as one of Canada’s most ethnically and linguistically diverse communities. This seaport city has a ton of character, and if you’ve ever considered or are in the process of moving to Vancouver, here’s everything that you should be aware of.
Weather
Vancouver’s climate can be best described as mild. Summers in this city are typically the driest in all of British Columbia, while the winter months experience plenty of rain. Climate trends generally point to November as the wettest month of the year, with rainfall averaging approximately 200 mm. Temperatures during the summer months average around 18°C (64°F), while winter months average 4°C (38°F).
Where to live?
There are a plethora of places to settle down in Vancouver, and some may offer you more benefits than others. Luckily, we’ve managed to compile a list of some of Vancouver’s best neighborhoods. And, if you’re looking for more options, check out this list.
Granville Island
A vibrant collection of shops, cafes, restaurants, galleries and music venues, Granville Island is the destination for those looking for a neighborhood with a colorful vibe. Though Granville Island is a hot spot for many tourists, locals still enjoy the neighborhood for its plethora of local businesses and lively atmosphere. And, the fact that it’s home to Vancouver’s largest public market certainly doesn’t hurt its reputation either.
Yaletown
This upscale neighborhood is only a hop, skip, and jump away from the heart of Downtown. Formerly known as Vancouver’s warehouse district, Yaletown’s transformation can be dated back to 1986. Today, Yaletown is one of Vancouver’s swankiest neighborhoods, and is home to a large community of unique shops, chic residential lofts, a large variety of restaurants, and plenty of green spaces for visitors and residents alike to admire. Though a bit heftier in price, Yaletown offers residents a unique experience that can’t be accessed anywhere else.
Downtown
If you’re looking for a taste of the city life, then look no further than here. Life downtown leaves you right smack dab in the middle of everything you could ever need. Here, you have easy accessibility to public transportation, food spots, city views, and the vibrant Vancouver nightlife. Down is a popular spot for young singles either trying to start their careers or just looking for a fun time with friends.
Fairview Olympic Village
Once a warehouse and industrial district, the Fairview Olympic Village underwent a massive transformation in preparation for the 2010 Winter Olympics. Today, it’s one of Vancouver’s most popular neighborhoods. People who live in Fairview, but work Downtown will have easy access, whether you’re commuting by car, bus, or bike. Additionally, two major Canada Line stations are located in Fairview: Olympic Village Station and Broadway--City Hall Station, so public transportation shouldn’t be an issue.
Mount Pleasant
Although Mount Pleasant is less expensive to live in than Yaletown, Mount Pleasant is still a rather popular neighborhood to live in. Residents here can find access to Downtown, Canada Line and SkyTrain, in addition to the different restaurants, pubs, and bars that are crammed along Main Street. Mount Pleasant is also witnessing a surge of craft breweries, with micro-breweries/tasting rooms encouraging a very lively, social atmosphere.
West End
A neighborhood that is well-known for its diverse population, West End is a family-oriented, tree-lined beach town. Home to one of Vancouver’s best beach, West End serves as Downtown Vancouver’s access point to Stanley Park. West End is also your ticket to Robson Street, which is famous for its shops and boutiques.
Things to do/Popular destinations
There’s tons to do in Vancouver! We’ll help you get started here, but if you’re looking for something more specific, here are a few examples:
Shopping centers
Whether you’re a shopaholic or you’re just looking for a little pick me up, Vancouver and surrounding areas have plenty of shopping centers to satisfy your needs. Take a look at the list we’ve compiled below:
Restaurants
Vancouver hosts a cornucopia of different restaurants. Regardless of what you’re craving, there is always a restaurant in Vancouver that will satisfy your needs. Here’s a list of some places you should definitely become acquainted with if you come to Vancouver. After you’ve finished perusing our list, head on over here to see more options.
Thanks to our guest author Matt Lawler, a lifestyle blogger in Arizona where he attended Arizona State University. Whenever he can step away from the computer, Matt enjoys looking for things to do in Phoenix such as playing sports, traveling and exploring the great outdoors