Home sale and listing activity has maintained a consistent pace on the Multiple Listing Service® (MLS®) in Greater Vancouver in recent months, which has helped create balanced conditions for the region’s housing market.

“Although April sales were below what’s typical for the month, we continue to see, with a sales-to-active listing ratio of nearly 17 per cent, a balanced relationship between buyer demand and seller supply in our marketplace,” Eugen Klein, REBGV president said.

New listings for detached, attached and apartment properties in Greater Vancouver totalled 6,056 in April 2012. This represents a 3.6 per cent increase compared to both March 2012 when 5,843 homes were listed and April 2011 when 5,847 homes were listed for sale on the region’s MLS®.

Last month’s new listing total was 6.7 per cent above the 10-year average for listings in Greater Vancouver for April.

At 16,538, the total number of homes listed for sale on the region’s MLS® increased 8.5 per cent in April compared to last month and increased 16 per cent from this time last year.

“Recent activity has had a stabilizing effect on home prices at the regional level, although pricing can vary depending on area and property type,” Klein said “To best understand conditions within your area of interest, it’s important to do your homework and consult a local REALTOR®.” 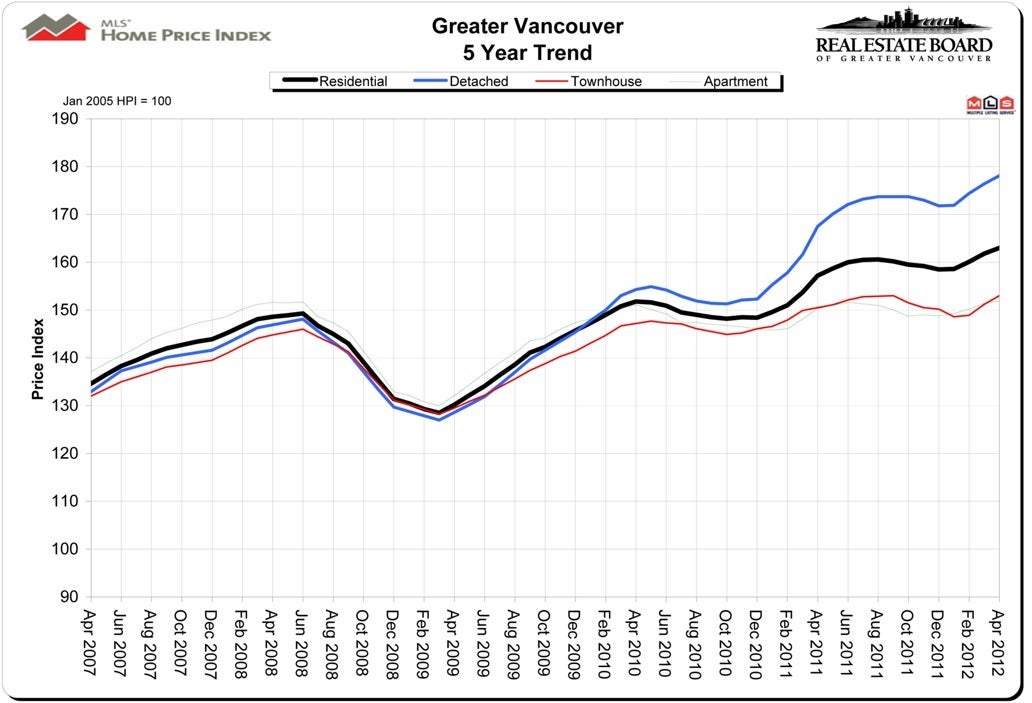 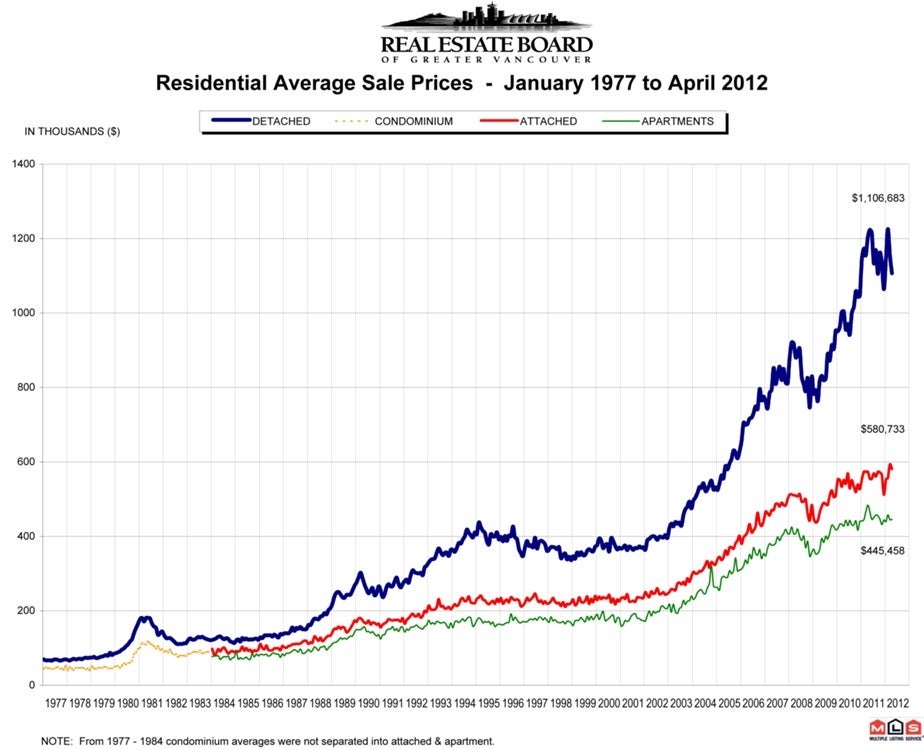 Article from the REBGV