March sales in Greater Vancouver were the second lowest total for the month in the region since 2002 and were 16.8 per cent below the 10-year sales average for the month.
“Home sellers have been more active than buyers the first few months of the year, but we continue to see a relative balance in the total supply of homes for sale and current demand in the marketplace,” Eugen Klein, REBGV president said.
New listings for detached, attached and apartment properties in Greater Vancouver totalled 5,843 in March 2012. This represents a 5.2 per cent increase compared to February when 5,552 homes were listed and a 14 per cent decline compared to March 2011 when 6,797 homes were listed for sale on the region’s MLS®.

Last month’s new listing total was 4.5 per cent above the 10-year average for listings in Greater Vancouver for March.

At 15,236, the total number of residential property listings on the MLS® increased 8.4 per cent in March compared to last month and increased 16 per cent from this time last year.
“The total number of properties for sale in Greater Vancouver has increased each month since December, which means there’s more selection to choose from as we enter what’s traditionally the busiest season of the year in our market,” Klein said. 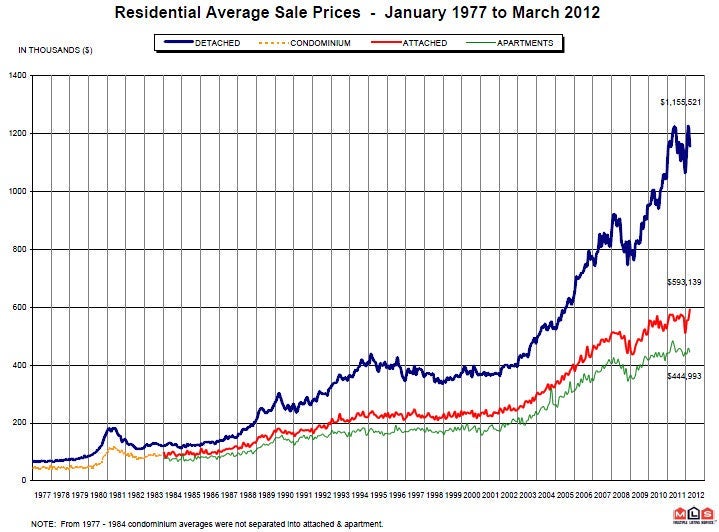