Balanced real estate market prevailed through much of 2011 From the REBGV
The 2011 Greater Vancouver housing market began with heightened demand in regional hot spots and concluded with greater balance between seller supply and buyer demand.

The Real Estate Board of Greater Vancouver (REBGV) reports that total sales of detached, attached and apartment properties in 2011 reached 32,390, a 5.9 per cent increase from the 30,595 sales recorded in 2010, and a 9.2 per cent decrease from the 35,669 residential sales in 2009. Last year’s home sale total was 6.3 per cent below the ten-year average for annual Multiple Listing Service® (MLS®) sales in the region.

“It was a relatively balanced year for the real estate market in Greater Vancouver with listing totals slightly above historical norms and sale numbers slightly below,” Rosario Setticasi, REBGV president said. 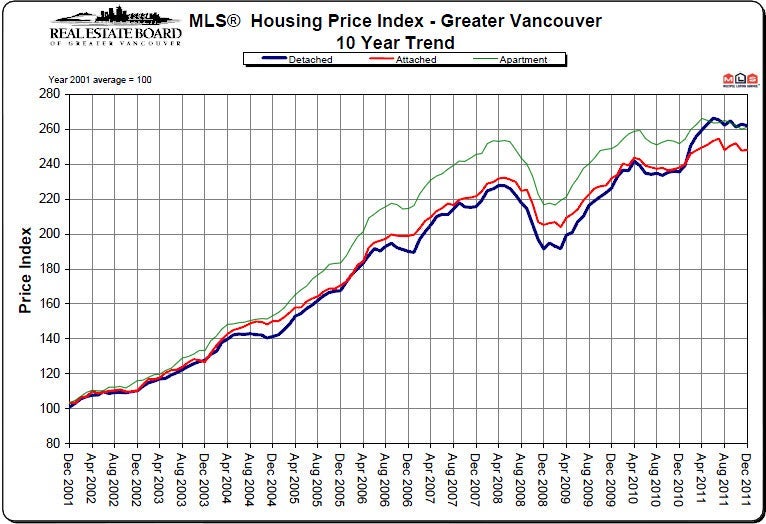 “Our market remained in a balanced state for most of the year, although higher levels of demand for detached properties in the region’s largest communities caused prices in certain areas to rise higher than others,” Setticasi said. “For example, the benchmark price of a single-family detached home experienced double-digit increases in nine areas within the region over the last 12 months.” 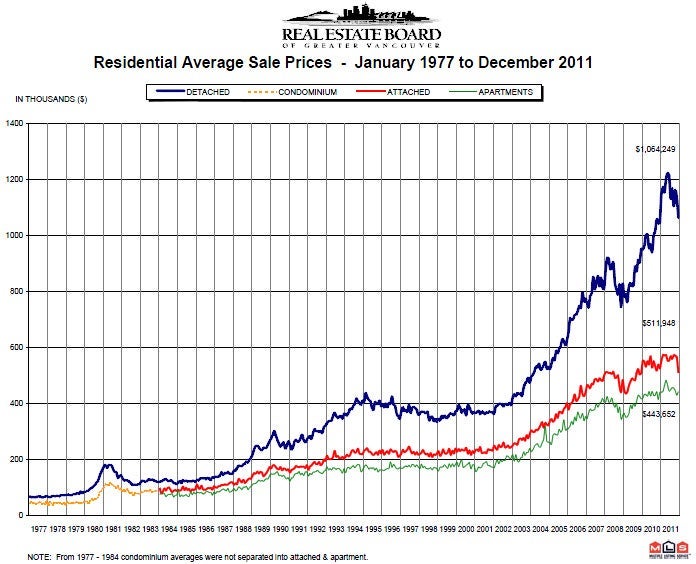