The Real Estate Board of Greater Vancouver (REBGV) reports that residential property sales of detached, attached and apartment properties on the region’s Multiple Listing Service® (MLS®) reached 2,246 in
September, a 1.2 per cent increase compared to the 2,220 sales in September 2010. Those sales also rank as the third lowest total for September over the last 10 years.

The number of properties listed for sale on the Greater Vancouver MLS® system has increased each month since the beginning of the year. At 16,085, the total number of residential property listings on the MLS® increased 4.6 per cent in September compared to August 2011 and rose 4.4 per cent compared to this time last year.

“Our sales-to-active-listing ratio currently sits at 14 per cent, which is the lowest it’s been this year. Generally analysts say that a buyer’s market takes shape when the ratio dips to about 12 to 14%, or lower, for a sustained period of time,” Setticasi said. 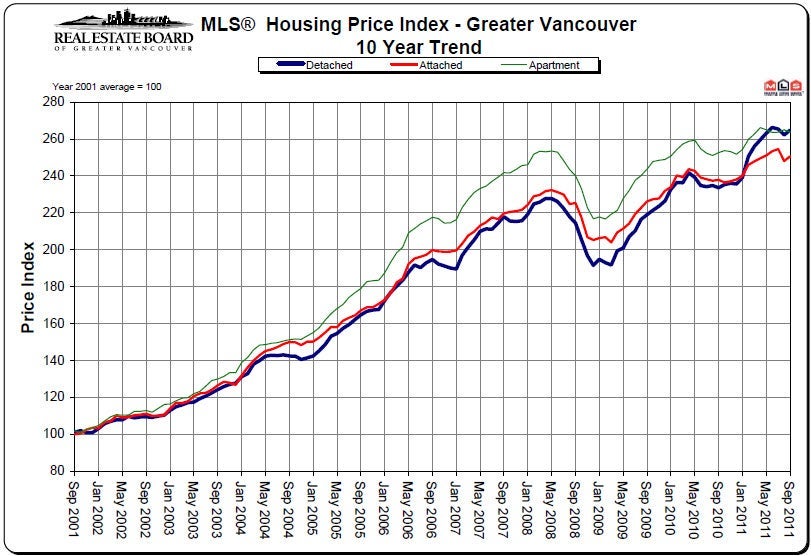 Since reaching a peak in June of $630,921, the benchmark price for all residential properties in the region has declined 0.5 per cent. 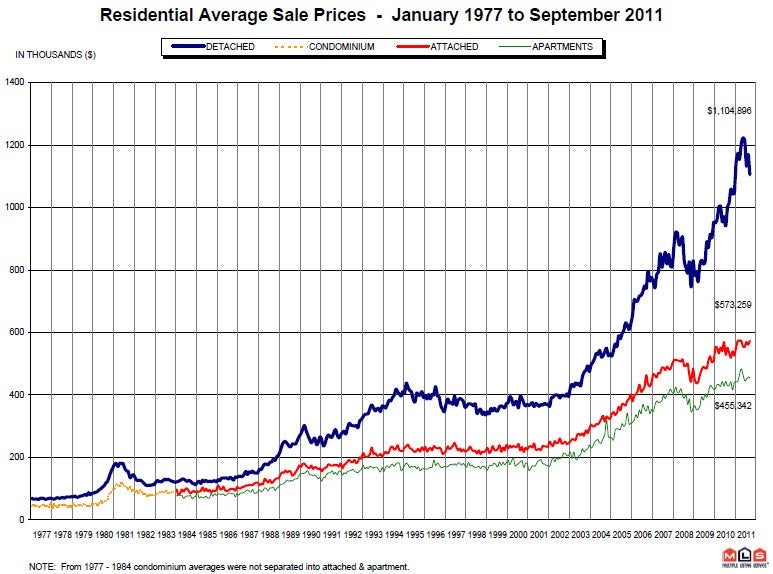