For the second straight month, home buyer demand in Metro Vancouver* moved off of the record-breaking pace seen earlier this year and returned to more typical levels. 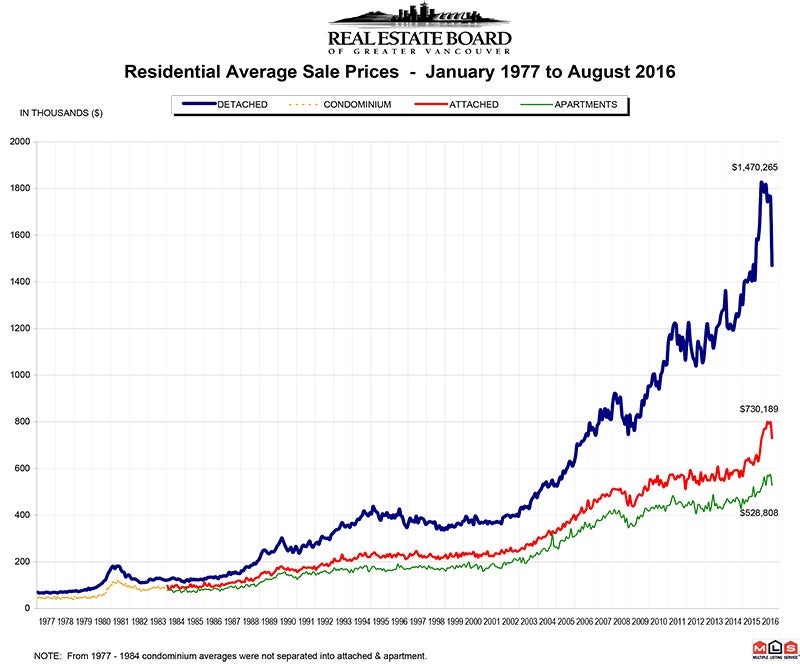 From a historical perspective, last month’s sales were 3.5 per cent below the 10-year sales average for the month.

“The record-breaking sales we saw earlier this year were replaced by more historically normal activity throughout July and August,” Dan Morrison, REBGV president said. "Sales have been trending downward in Metro Vancouver for a few months. The new foreign buyer tax appears to have added to this trend by reducing foreign buyer activity and causing some uncertainty amongst local home buyers and sellers.

“It’ll take some months before we can really understand the impact of the new tax. We'll be interested to see the government's next round of foreign buyer data."

New listings for detached, attached and apartment properties in Metro Vancouver totaled 4,293 in August 2016. This represents an increase of 0.3 per cent compared to the 4,281 units listed in August 2015 and an 18.1 per cent decrease compared to July 2016 when 5,241 properties were listed.

The sales-to-active listings ratio for August 2016 is 29.3 per cent. This is indicative of a seller’s market.

Generally, analysts say that downward pressure on home prices occurs when the ratio dips below the 12 per cent mark, while home prices often experience upward pressure when it reaches the 20 to 22 per cent range in a particular community for a sustained period.

The MLS® Home Price Index composite benchmark price for all residential properties in Metro Vancouver is currently $933,100. This represents a 31.4 per cent increase compared to August 2015 and a 4.9 per cent increase over the last three months. 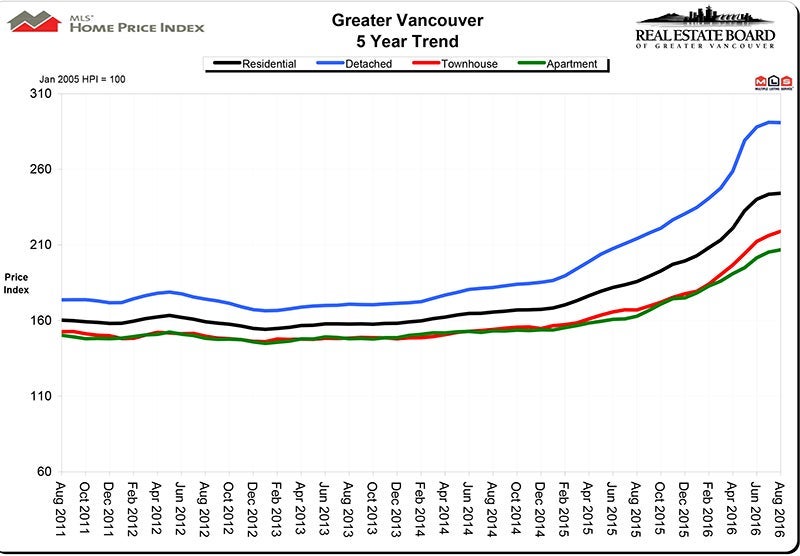 “In aggregate, we continue to see an imbalance between supply and demand in most communities. However, we’re also seeing fewer detached sales in the highest price points and fewer detached home sales relative to all residential sales,” Morrison said. “This is causing average sale prices to show a decline in recent months, while benchmark home prices remain virtually unchanged from July.”

The average price is the simplest home price measure to explain but is not the most accurate since it may be skewed by the mix of properties. More high-end or low-end sales will skew the number up or down. Based on the Consumer Price Index, MLS HPI® benchmark prices are a more reliable and stable indicator of typical home prices across regions over time.