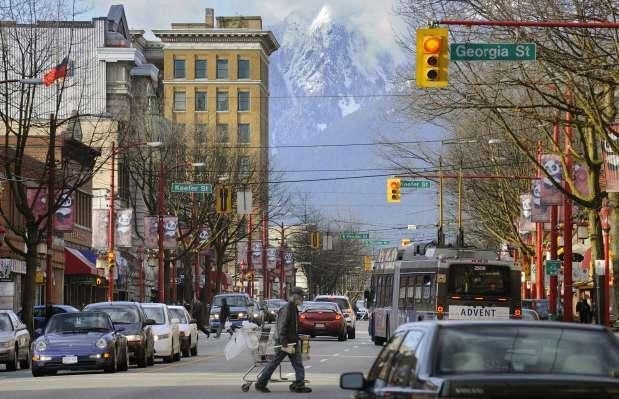 Gentrification is kicking into high-gear in Vancouver’s Downtown Eastside with the of bulk new housing taking the form of condos for sale or apartments renting at market rates.
The growth in market units is projected to outpace subsidized housing, which rents at non-market rates, in the near future, according to a city staff report.

There are currently 6,706 non-market rental units and 4,664 market housing units in the Downtown Eastside.

But according to the report, current rezoning and development permit applications indicate that gap will increasingly narrow.

“It’s not significantly out-of-balance at this point. But we do see trends of market housing taking off in a stronger way,” said assistant planning director Kevin McNaney, the report’s author, in an interview.

In his report, McNaney said this demographic trend has divided the community.

The planner wrote that some people in the Downtown Eastside believe market development is “inevitable and welcome the economic impact of new residents to the neighbourhood.”

Other groups, he added, argue that “rezoning applications, development permits, incentives and liquor licence approvals are precipitating an irreversible transformation in the neighbourhood through displacement of low income residents.”

Neighbourhood groups in the Downtown Eastside are currently involved in a local area planning process designed to set guidelines for future development in the area, if approved by council.

But that planning process, organized by city staff and a local area planning program (LAPP) committee, isn’t expected to be finished for at least a year.

In the meantime, the city report recommends council adopt a one-year interim rezoning policy to ensure that gentrification doesn’t get out of control before a new local area plan is approved.

Under this proposed interim policy, applications for rezonings, development permits, heritage agreements and incentive programs for market housing will be referred to the LAPP committee for input.

“The interim rezoning policy would set some rules or conditions so that new developments don’t have a significant impact on low-income people in the community,” said McNaney in the interview.

The Downtown Eastside, as defined by the city, goes beyond the traditional low-income neighbourhood around Main and Hastings, which is plagued by poverty, addiction and mental health issues.

About 17,000 people live in the Downtown Eastside (70 per cent in Strathcona and in the Oppenheimer Park area). The majority of people are low-income residents (67 per cent) with a median household income of $12,000.

Ivan Drury, an anti-poverty activist with the Carnegie Community Action Project, said his group is pleased that the city has acknowledged the escalation of gentrification in the Downtown Eastside.

But Drury said he doubts the city’s interim rezoning policies will be able to stop over 600 new condo units which, he said, are scheduled for construction in the next few years.

“We’re happy that the city is finally recognizing that market is out-pacing non-market. The question is how to recognize it in action.”

Drury said his organization has calculated that three new market units are being built for every new social housing unit in the Downtown Eastside.

Meanwhile, the city report also said the provincial government’s decision to maintain the monthly shelter component of welfare at $375 underscores the need for more non-market housing.

Another concern raised in the report is that units in the 23 single-room-occupancy hotels purchased by the province in 2007 have not been turned into self-contained units with kitchens and bathrooms as quickly as the city had hoped.

Article by Doug Ward featured in the Vancouver Sun