The key to finding that perfect home? Compromise 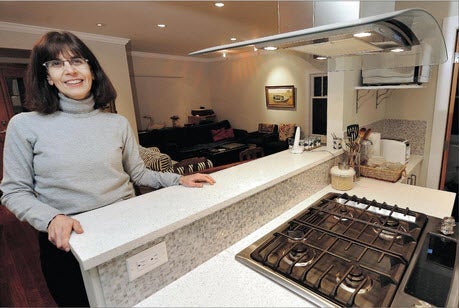 Want to avoid that 90-minute commute to the office, but can't afford a house in the city? Compromise.

Want to live close to family or friends and skip long drives for Thanksgiving dinner? Compromise.

A new survey sponsored by Real Estate Weekly's online arm REW.ca and conducted by the Mustel Research Group suggests that homebuyers and sellers are finding it increasingly important to do just that, by sacrificing that white picket fence and large yard to be closer to work or loved ones.

"We're still struggling with our compromise, in terms of not having enough space for adequate entertaining," said Hoffman, who with husband Ed Conway bought a 1,600-square-foot (800 feet on two levels) single detached home in September in the 4000-block of Prince Edward in east Vancouver instead of a larger home. "But the reality is we didn't want to do a renovation [or] live further east."

Hoffman, who works as a business consultant for not-for-profit organizations, said they preferred a detached home - "we didn't want a strata" - relatively close to her husband's work at the University of B.C., where he's the director of the centre for blood research.

"It's early days [and] I look longingly at places with a living room and dining room," she said of their house which, because of a bidding war, they bought for "considerably more" than the $800,000 asking price. "That [smaller space] was a compromise. Our lot is 25 feet by 92 feet. We have no garage, no attic for storage and no basement."

But, she added: "We're thrilled with the area, so it's not a problem."

The survey concluded that in selecting a home in Metro Vancouver, livability factors are most important, with 41 per cent choosing "close to amenities," 33 per cent saying "close to family/friends," and 22 per cent citing "close to work/lessened commute time."

Just 16 per cent indicated they wouldn't be willing to compromise on anything.

Asked what the maximum commute time was, the average response was 30 minutes with just 12 per cent accepting an hour or more.

In Hoffman's case, her husband's commute time is 35 minutes.

"A vast majority say they understand they have to make compromises to get what they want," said REW.ca general manager Ian Martin.

"This also reinforces the reality of pricing and affordability in the Lower Mainland."

The survey found different ideas in which current and future owners would consider trade-offs.

Asked the most important factors, other than price, in buying a home, style of home was cited by 43 per cent, number of bedrooms by 39 per cent, downsizing by 27 per cent and upsizing, 24 per cent.

Asked their ideal location, assuming it was affordable, 33 per cent preferred Vancouver, but most also wanted to stay in their current municipality or area.

The survey was based on 349 interviews with residents who have either bought or sold a home or property in the past three years or who plan to purchase or sell in the next three years or so.
Chris Frederickson | Sutton Group West Coast Realty | 604.306.1062 | chris@chrisfrederickson.ca