One in five houses sold in the Vancouver real estate market this year went for more than $1 million, according to data from the Canadian Real Estate Association. 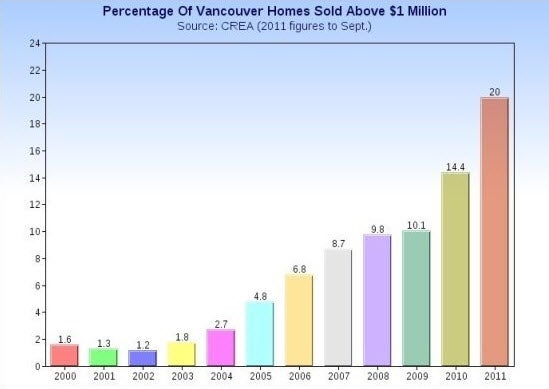 The percentage of homes sold above $1 million has doubled in the past two years. In the first nine months of 2011, fully one in five homes sold on the Vancouver market went for more than $1 million. That's up from 10.1 per cent in 2009.