Housing correction not in the cards 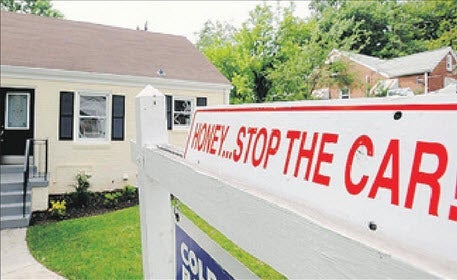 A much anticipated correction in the Canadian housing market is not in the cards, according to a report by the Canada Mortgage and Housing Corp.

In its third-quarter market outlook, the national housing agency forecasts the market will ease slightly but "remain steady"this year and next.

"Housing starts have been strong in the last few months, but are forecast to moderate closer in line with demographic fundamentals," Mathieu Laberge, deputy chief economist for CMHC, said Wednesday. "Despite recent financial uncertainty, factors such as employment, immigration and mortgage rates remain supportive of the Canadian housing sector."

In British Columbia, the expectation is for prices to move more moderately through the rest of 2011 after shooting up dramatically over the first six months of the year and for housing starts to stay steady before rising again in 2012.

"Resale market conditions in British Columbia will remain balanced with sales activity in line with underlying fundamentals," CMHC said in its report.

The agency expects B.C. realtors to record 80,200 home sales through the multiple-listing service by the end of this year, then 85,400 next year.

The outlook runs contrary to a report in July from TD Economics, which projected that Canada's housing market was poised to correct over the next two calendar years, with resale activity falling 15.2 per cent and average prices dropping 10.2 per cent.

"A combination of more subdued job and household income growth, rising interest rates, the recent tightening in borrowing rules for insured mortgages and fewer first-time home buyers are expected to be the chief culprits behind the slowdown," said the report, prepared by deputy chief economist Derek Burleton and economist Sonya Gulati.

Earlier this summer, BMO Capital Markets warned that the Canadian market could suffer a price setback if there is a rapid rise in interest rates due to higher inflation, an increase in unemployment because of a weak U.S. economy or a slowing in foreign investment.

CMHC, however, projects that despite a slowing in the second half, average resale prices will deliver an overall increase in 2011, and continue to rise, albeit at a more modest pace, in 2012.

Laberge said the key reason for CHMC's positive outlook is the call later in the summer from U.S. Federal Reserve chairman for interest rates to remain at rock-bottom rates into 2013.

As a result, he said, "We expect mortgage rates will be flat this year and to start increasing only later in 2012."

Previous to this — and to recent market turmoil stemming from fears of a double-dip global recession — many economists had been calling for the Bank of Canada to start raising rates this year, which would hurt housing sales, he said