An American asks: Is Canada’s real estate market in a bubble?

By PREET BANERJEE, Featured in the Globe and Mail 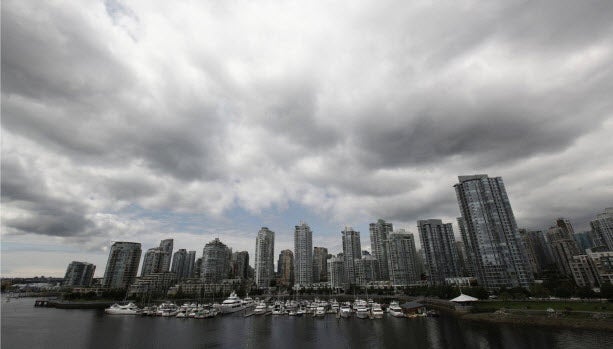 Photograph by: Jason Lee of REUTERS

I’m in New York this week and I’ve noticed a few things. I think their hamburgers are overpriced and they think our Canadian real estate is overpriced.

One of the best burgers you can buy in New York City is a relatively well kept secret. There are no signs beckoning you to the location. On the contrary, it seems the owners have almost gone out of the way to keep it hidden from view. Simply called “The Burger Joint”, you have to hunt for it as it's nestled deep inside the main floor of a posh hotel on the Upper West Side. Behind a curtain.

The reason I’m in New York right now is for an economics conference earlier this week hosted by Barry Ritholtz who, among other things, curates a great website: ritholtz.com, better known as The Big Picture. It was a fantastic event with many clashing views given equal voices. One hedge fund manager thought gold was set to run to $10,000 as the U.S. dollar depreciates. Another likened gold to religion where you are either a believer or an atheist, and he was an atheist.

But during the final presentation, Doug Kass, president of Seabreeze Partners Management, he mentioned that the Canadian real estate is giving bigger warning signs than the U.S. market did before its real estate meltdown. So even Americans are starting to wonder aloud how long house prices can stay so high. This was one of the few views that went unchallenged.

The general consensus that Canada’s housing market can’t continue to increase in price forever is not new. Canadians have been asking that for the better part of a decade. Ben Rabidoux has some great insights on his site TheEconomicAnalyst.com and for an analysis of the divergence of housing price increases versus rent increases in various Canadian cities.

One of the buoyant factors in housing prices has been the long-term decline in interest rates. While the U.S. yield curve is being twisted to increase the chances of a low rate environment staying the case in the U.S., the same is not happening in Canada. We are more likely to see higher mortgage rates, and we all seem to be waiting for that shoe to drop.

However, I will point out a few key things.

Looking at debt-to-income is only part of the story. You need to see what that debt was spent on. In other words, why do so many analyses ignore the other half of the balance sheet: assets? A lot of that debt is mortgage debt. Housing has done well, so on the asset side, we are doing much better. Our net-worth to-income ratios are higher.

Secondly, our lending practices are more conservative. We don't have as many people, proportionately, in over their heads.

Third, while there may indeed be a drop in housing prices, it may not cascade into a financial system meltdown anywhere near what happened in the U.S. If you have 50 per cent equity in your house and the price drops 30 per cent, you get angry but you don't necessarily default on payments. The sub-prime mortgage market in Canada is virtually non-existent. Anyone with a mortgage balance outstanding close to the value of their home is also required to have mortgage default insurance.

So, while we could very well see housing price declines, the conclusion that it would lead to something more grave may not be warranted.

One of the conference attendees was as curious about housing prices in Canada as Mr. Kass, and looked at me as if I was crazy. As if somehow simply being Canadian meant I had a direct influence on it.

I still don't know if, when or how a Canadian housing market correction will occur. What I do know is that burgers in New York are overpriced, and that won't be correcting any time soon.